Aura Satz’s ‘Automamusic’ project has at its core a film about mechanical music. Intricate views of self-playing violins, accordions, drums, pianolas, and orchestrions are offset by scenes in which floating musical instruments are played by invisible hands. The film highlights the similarities between the beginnings of musical reproduction in the 19th century and spiritualist invocations of the dead through sound.
‘Automamusic’ breathes the ghost back into the machine, inhabiting the figurative space between sound and source, when music had not yet become abstracted into the grooves of the gramophone record. In addition to the series of hand-printed cibachrome photographs which recall spiritualist photography, the exhibition includes drawings inspired by early patents for mechanical or hybrid musical instruments. 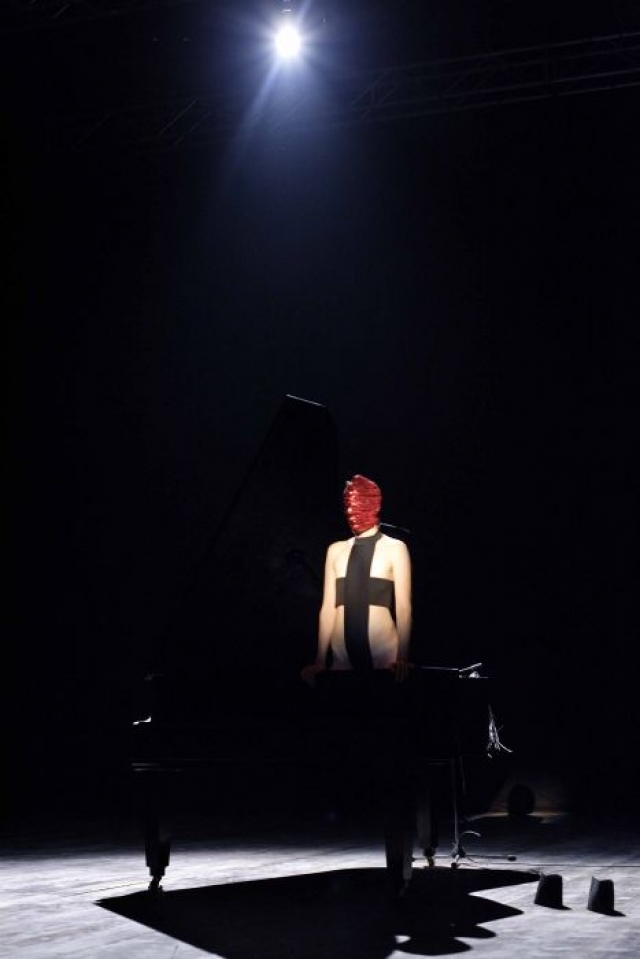