Join Associate Artist Rajni Shah and company as they launch their new production, Glorious – a musical extravaganza that changes as it tours to ten locations over the next two years. This is a chance to have a drink, see glimpses of early film, sound and costume ideas, and meet the company before they begin touring to Bristol, Nottingham, London, Newcastle and beyond… Anyone's welcome!

From 2009 to 2012, Rajni Shah Theatre will realise Glorious – a new musical that will be completely reinvented for every performance, featuring members of the public in each location as musicians and performers.

The journey began in 2009 with a series of retreats and workshops leading into a year of rehearsals and in-progress works in 2010, and will end with a tour to ten venues in 2011 and 2012. Each of the final performances will include a residency and workshop so that those local to each venue can work and perform alongside Rajni and her collaborators.

I want to explore the sense of not knowing that pervades Europe today – both the fear and the space for hope that has emerged as a result of our increased awareness of climate change, shifts in border policies, and the dramatic impact of the financial collapse. I cannot think of a more appropriate or interesting form for this than the musical – a form that immediately communicates with a vast number of people, including myself, but that is often used to represent some kind of utopia or dystopia. At a time when many people feel disempowered and frustrated, can we make a musical that positively embraces the unknown and the unknowable?  Rajni Shah 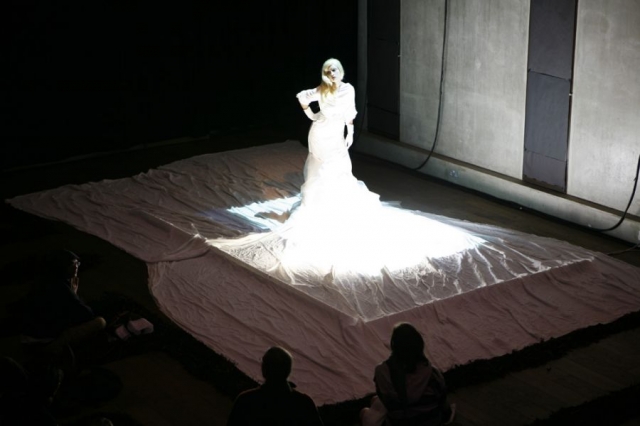 Rajni Shah has been creating and directing original performance work since 1999. Her work ranges from large-scale