Larp is the new kid on the block. It’s a continually evolving worldwide art-form with a passionate vibrant community. It is predominantly played by larpers, for larpers, i.e without an audience.

Earlier this year, Adam James decided to embark on a journey into larp (live action roleplay). This compelling and challenging quest has led him across Europe, to frozen Norwegian lakes, former Soviet holiday camps and into the leafy glades of Sherwood Pine Forest. On his way he has battled breast cancer, created a new language, been executed twice, fathered a dying son, decorated cakes, forgiven a brother on death row, worked a surreal desk job, banished a poor family, led a suicidal mannequin cult and been born a half-formed blind animal.

Larp is 100% experiential. Thus it follows, to discuss we must first experience.

This is an invitation to take a bite of the apple.

Join us for two days and one night of larps, workshops and talks. Where you will be introduced to cutting edge Nordic Larp theory, collaborative play, playing to loose, Games Mastering techniques, Blackbox Larps, Tape Larps, Boffer Larps, Jeep Form, Pervasive Larps as well as a wide range of other crossover tools and methods.

Join us in the continued and willful deconstruction and blurring of distinctions between art and play, film and theatre, gallery and world, audience and participant, passive and immersive experience.

Details of the larps that Adam will be running on Saturday 29 March :

Twelve people in a café on Montmartre at the end of the 19th century – all entangled in issues of love, beauty, freedom and truth. Day after day they live out these issues through their art, trying desperately to break free or to find that one true love. Day after day goes past, and for each day another passed chance.

But tomorrow… tomorrow will be different…

Together we will create these 12 fates and live them out through the use of body, emotion, music and art rather than talking about it. We play with our bodies rather than our heads.

The scenario provides props and costumes needed for the scenario, but the player needs to bring a basic black set of clothes to wear.

A poetic, non-verbal larp that emphasizes physical expression. The players are guided through feelings like anger, frustration, sorrow, and fear – and the feelings of peace and closeness, which follow the characters’, gentle deaths. Music by Tom Waits, Nick Cave and Johnny Cash sets the tone.

A group of pioneers once set out for the mountains with the aim of creating a new society, bringing only the absolute necessities, as well as their hope and dreams. While having the best intentions, the pioneers couldn’t succeed. Life in the mountains turned out to be hard and demanding. They had traveled too far, and couldn’t find their way back. One by one, the snow embraced them, giving them silence, peace and rest. Tranquility and light.

The genre is not realistic but rather using an abstract poetic approach. White Death is a scenario without words. This means all communication is done physically. The game is completely transparent and the focus is on the atmosphere rather than the outcome.

I know you are but what am I?

'I know you are but what am I?' is a Black Box larp between three opposing characters overseen by a single GM. This is a larp that attempts to understand ‘outsiderness’ by pitting three characters against each other in a series of domestic scenarios in which the physical element speaks of underlying tensions and inner turmoil.

This larp eventually aims to create a space where both players and audience members can reconcile themselves with past conflicts.

This genre is based in the real world, with real encounters inspired by player’s personal experiences. 'I know you are but what am I?' is a game in which three players each share one character two parts physical and one part verbal. Relationships are played out verbally and physically with each part informing the other. This game focuses on physical interpretations of a continual unfolding narrative.

To sign up to a larp on 29 March please book tickets below. There will be an opportunity to choose your specific larp on the day.

This work has been developed with support from the Artsadmin Artists' Bursary Scheme, with generous funding from The Jerwood Charitable Foundation. 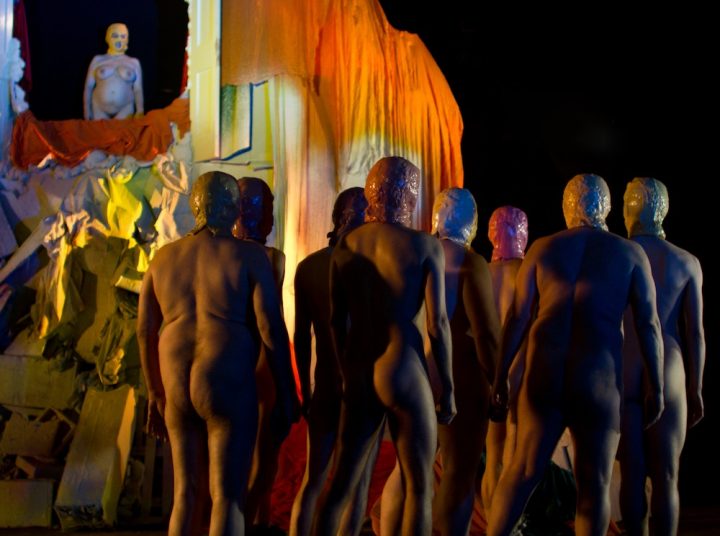 Adam James’ work grows out of real life encounters. He appropriates these and migrates them through a 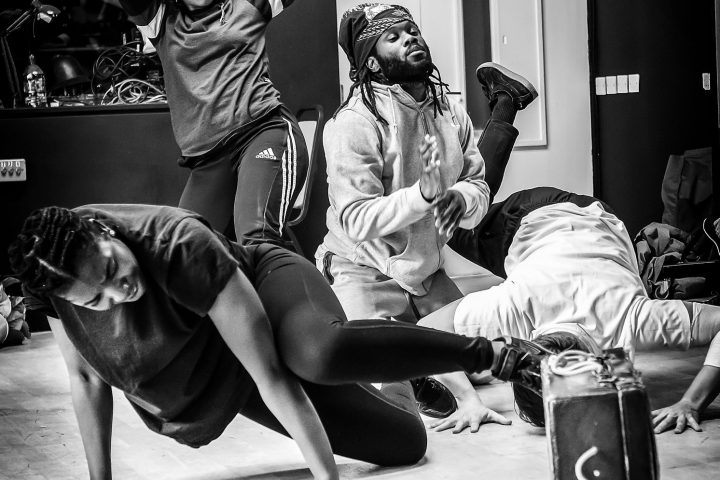