The culmination of Rosemary’s year long collaboration with Echo Echo Dance Theatre Company for Derry City of Culture, this seven-screen film projection with sound captures a panoramic view of the City of Derry and its inhabitants. Filmed in 2013 from the city walls with a cast of 400 local inhabitants – from tea-dancers to skateboarders and school children to cyclists – they danced, moved, glided and reclaimed the city streets, regardless of real and imagined boundaries. Featuring a specially commissioned sound score by Graeme Miller.

It's brilliantly shot and edited in ways that maximise its human and political resonance…This indelibly magical work is full of grace and grit.
Donald Hutera, ANIMATED 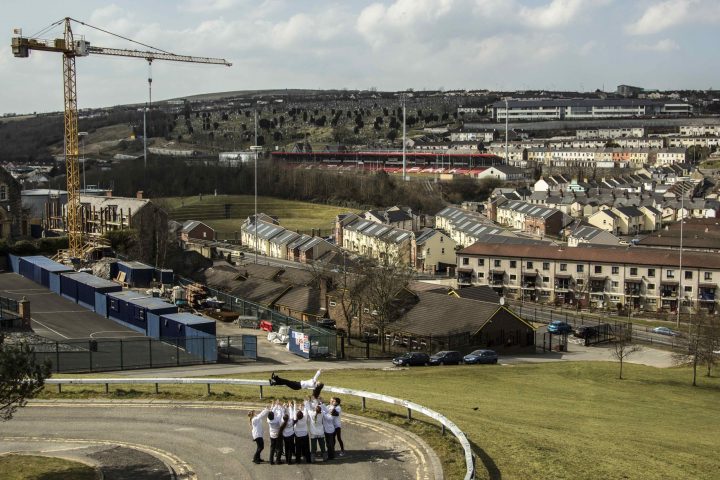