For this LADA Screens launch event Curious will be screening two short films in collaboration with Andrew Kötting. The screenings will be accompanied by a rare London live appearance by Helen Paris and Leslie Hill who will talk about their work on Gut Feelings, including their collaboration with neurogastroenterologists, the creation of the film Sea Swallow’d, the performance, the moment I saw you I knew I could love you and the artist workshop Autobiology.

‘Landfill’, 2011
An idyllic location, a perfect spot, but something just isn't quite right, something doesn't fit.  Shot on the crumbling cliffs of Beachy Head, the film plays out as a Beckettian post apocalyptic picnic.

‘Sea Swallow’d’, 2010
Charts the choppy waters of gut feelings, capturing the flotsam and jetsam of impulse, desire and fights to the death. Shot as a series of lapping and flowing, irregular chapters, which borrow their titles from Moby Dick.

Following the launch at LADA, Landfill will be available to view on the LADA Screens channel for two weeks. Landfill was one of six films Artsadmin and Xenoki commissioned for the What On Earth series. 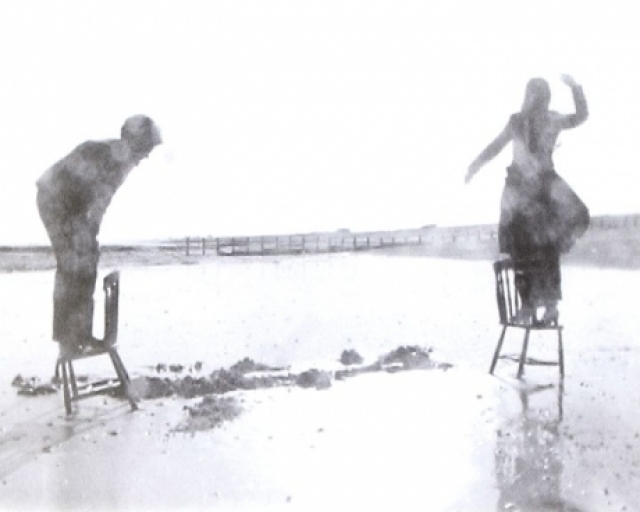