Vesper Time offers an evening prayer, a high-spirited and playful reflection on ageing and on acting before it is too late; on male role models and the need for father figures – real or imaginary.

Stacy Makishi draws on her former training as a missionary and her roots in stand-up comedy and writing, excerpts from Hollywood blockbusters and the existential undercurrents of Moby Dick in this subversive sermon about loss and living life to the full.

Vesper Time was developed with the support of the National Theatre Studio and commissioned by Chelsea Theatre and Colchester Arts Centre. Supported using public funding by the National Lottery through Arts Council England and produced by Artsadmin.

“The show moved me to tears, laughter and some serious reflection”
– Dean Atta

“It was refreshing to experience something so humorously absurd containing such powerful substance. Stacy Makishi managed to open my heart with complex laughter.”
– Total Theatre 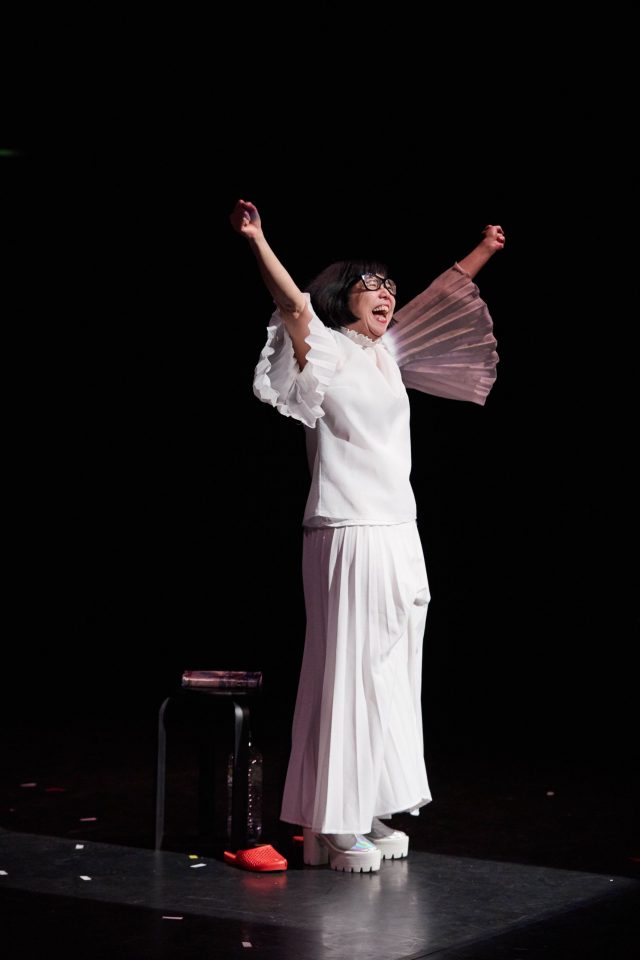