Common Dance was a large-scale work created as part of Dance Umbrella 2009 specifically for Greenwich’s historic Borough Hall (GDA) by Rosemary Lee, with a specially commissioned score by Terry Mann.

Using the space as a symbolic ‘common ground’, Rosemary brought together a cast of four professional, four recent graduate apprentices and over 40 non-professional dancers aged 8–83, with a choir of 70 young people from Finchley Children’s Music Group. This bold production was both poignant and telling, walking the margin between the traditional and the contemporary.

An exploration of the interconnected themes and processes behind the making of Rosemary Lee’s Common Dance. This 2-disc interactive DVD set includes full length recording of the performance, rehearsal footage and interviews. On Taking Care attempts to prise open the making of this acclaimed work, revealing the underlying concerns that permeate not only Common Dance but also Lee’s broader body of work.
Buy from the bookshop

“We sensed their uniqueness and multiplicity, as well as their common humanity. It was revelatory – like being shown both a wood and its trees.”

“Common Dance was always going to be grand, but the most surprising aspect of the work for me was the emotional reaction this apparently simplistic choreography evoked…Lee sparked more than just a performance with Common Dance – rather she gave a hope for collaboration in all areas of life.”

“The touch between generations thumped me in the chest – not in an aggressive way – it was a thump of joy and delight at the beauty of people moving and being together.”

“I have never seen such kindness in performance.”

“It was without doubt one of the most moving and beautiful pieces I have seen in years and very unusually for me, reduced me to tears at the end. Never before have I seen participatory and cross-generational dance work so effortlessly and with such power.” 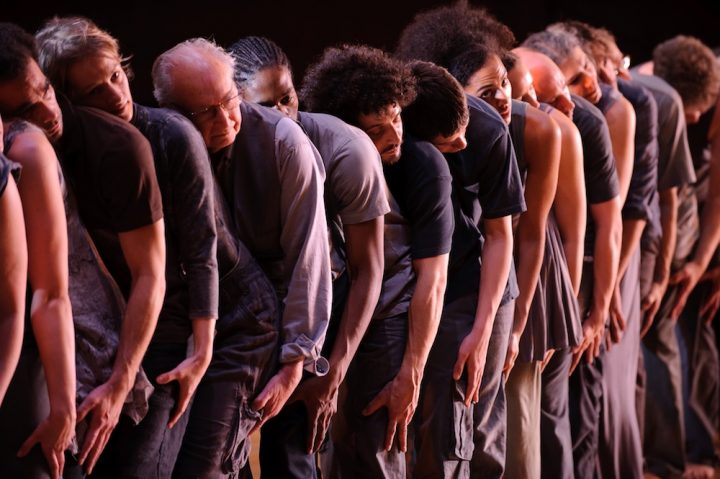