Orchard Portraits is a multi-screen video installation by Rosemary Lee and Roswitha Chesher, created and shot in the beautiful, ancient orchard of West Horsley Place in Surrey. Featuring six senior performers and 60 school children from Raleigh Primary School, the videos capture them moving alongside and amongst the aged trees.

Continuing Rosemary’s long interest in the relationship of portrait within landscape, this new work captures the unique presence and quality of both performer and tree.

“Working alongside these aged trees – left to go wild – finding gestures and ways to lean into and rest against the tree, I have noticed how quickly a quiet, connection and familiarity forms between human and tree. I’d like to highlight this relationship and thereby honour both older tree and older human.”

You can visit the film installation Orchard Portraits at West Horsley Place from July-September 2022, before it tours to other local venues in Surrey.

Known for working in a variety of contexts and media, Rosemary creates large-scale site-specific works with cross-generational casts, solos for herself and other performers, video installations and short films. Her work is characterised by an interest in creating a moving portraiture of the performing individuals and communities she brings together, whilst also exploring and highlighting our relationship with our environment.

Her recent work includes Square Dances (Dance Umbrella) involving 150 performers in four London squares, Under the Vaulted Sky – a promenade work for 80 participants in a cathedral of trees for Milton Keynes International Festival, Liquid Gold is the Air (created with Roswitha Chesher) – an award-winning video installation touring cathedrals and galleries, Without, a seven-screen video installation capturing a panoramic view of the city of Derry/Londonderry as hundreds of participants move through the streets, Calling Tree (co-directed with Simon Whitehead) which takes place in the canopies of urban trees, and Passage for Par (Groundwork, Cornwall) – a durational work for 30 women slowly crossing tidal sands and Circadian (First Light Suffolk), the mother work to Threaded Fine first performed in Malta with ZfinMalta National Dance company of Malta.

Rosemary’s work is produced by Artsadmin.

Orchard Portraits is commissioned by Surrey Hill Arts and is part of Surrey Dance 21 and funded by Arts Council England. 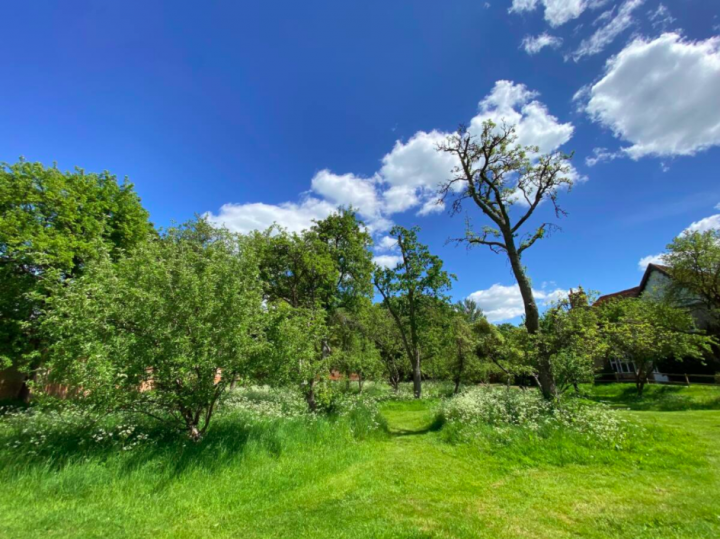