Letters to the Earth: Call to action

We are facing an unprecedented global emergency, the planet is in crisis and we are in the midst of a mass extinction event. Scientists believe we have entered a period of abrupt climate breakdown.

Carbon emissions and temperatures keep rising; ecological collapse has begun. On this course we are likely to see abrupt and irreversible devastation. The time for denial is over – we know the truth about climate change. It is time to act.

You are invited to write a letter of response to climate crisis and to take part in Letters to the Earth, a joint day of action on Friday 12 April. Letters to the Earth is one of the first Culture Declares Emergency initiatives and events are taking place in theatres and arts venues across the country.

Artsadmin is holding an event organised in partnership with writer, performer and storyteller Bernadette Russell from 6.30-8.30pm at Toynbee Studios, Artsadmin’s accessible centre for the creation and presentation of new work.
Book your free ticket

Writing a Letter to the Earth

Here are some ideas of what you might write:

Submit your letter to Letters to the Earth by 29 March with the subject Letter: letterstotheearth@gmail.com

How the Letter to the Earth will be shared at Toynbee Studios and nationwide
All submitted letters will be released for presentation on Friday 12 April across theatres, arts venues and community spaces nationwide in a mass expression of concern and call to action.

The pieces will then be made rights free and available for anyone to download and present anywhere in the world from 15–28 April, coinciding with the International Extinction Rebellion and School Strike For Climate.

These pieces could be taken up to be presented and performed globally, when hundreds of thousands of people will be taking to the streets worldwide to demand that governments tell the truth about climate collapse and act accordingly.

Write a letter, join us at Toynbee Studios, follow Letters to the Earth on social media and add your voice.

On 12 April, Artsadmin and Bernadette Russell invite to a free Letters to the Earth event, that will give you is an opportunity for positive action and a solutions driven conversation rather than a trigger for despair.

At Toynbee Studios, we’ll select a few of the submitted letters to be presented, or you can join us to write your own letter on the night, participate in the conversation about climate collapse, plant a seed or pledge another kind of action. 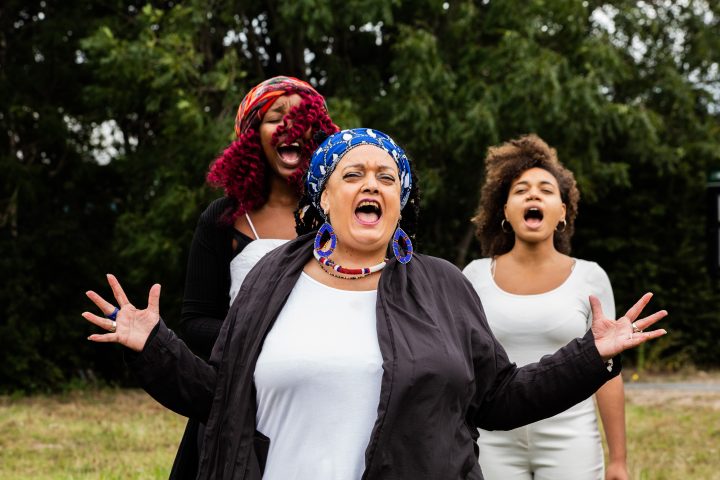