Leading chef Marcus Wareing recently declared that British pub food is now worse that airline food and that, “if you want a decent bite to eat, you’d be better off getting on a plane”. Richard DeDomenici finds this a rather environmentally irresponsible thing to say, and has created a far more exciting alternative: a Plane Food Café that sells genuine airline food in plastic trays delivered straight from the airport factories and served at ground level by DeDomenici and his cabin crew. 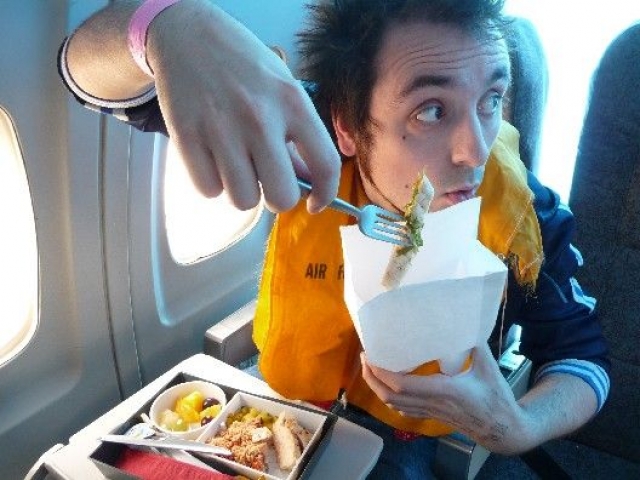 Since graduating with a first in Fine art from Cardiff, Richard DeDomenici has produced, on average, a