Dominoes takes as its starting point the simplest of ideas… a line of dominoes. Thousands of breezeblocks are used to create a moving sculpture which runs across the city, unfolding over the course of the day.

On streets, through parks, buildings and even on water, occasionally disappearing and then resurfacing, sometimes pausing for sculptural performances, the domino line threads its way through historical and everyday parts of the city, linking its diverse communities in a symbolic as well as physical chain of cause and effect.

Creating a celebration across the whole city, Dominoes transforms its rhythm for one special day. The project has the power to bring communities together through participation and engagement – hundreds of volunteers and audience members gather together to make this exceptional and unique event.

Dominoes takes a simple concept and uses it to create an alternative vision of the city, counterpointing, complementing and playing with the architecture, and for a brief moment reclaiming the city streets for the inhabitants and the public.

“People are still talking about it, and the project really made an impact on a lot of people. I think we’ve never reached such a diverse group of people with a project.”

“A two-kilometre-long domino ribbon of white building blocks has done more to bring together the neighbourhood, all ages and all cultures, than a decade of integration programs all together.”

Winner of the Bank of America Merrill Lynch CREATE09 Art Award, Dominoes was originally created in London in 2009, linking the five ‘host boroughs’ for the 2012 Olympics and has since travelled to over 20 cities across the world, including Melbourne, Copenhagen, Marseille and Ljubljana. 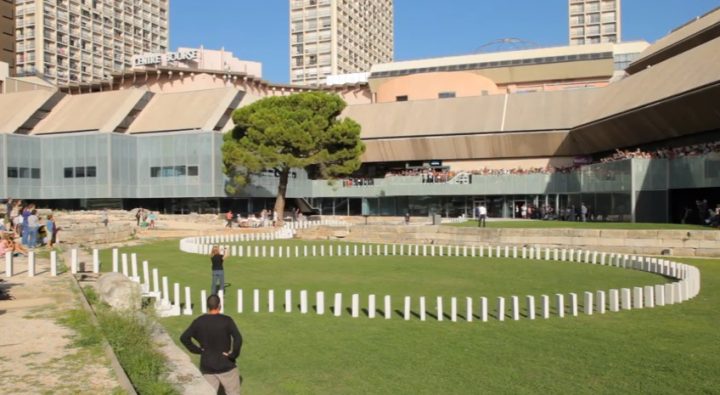 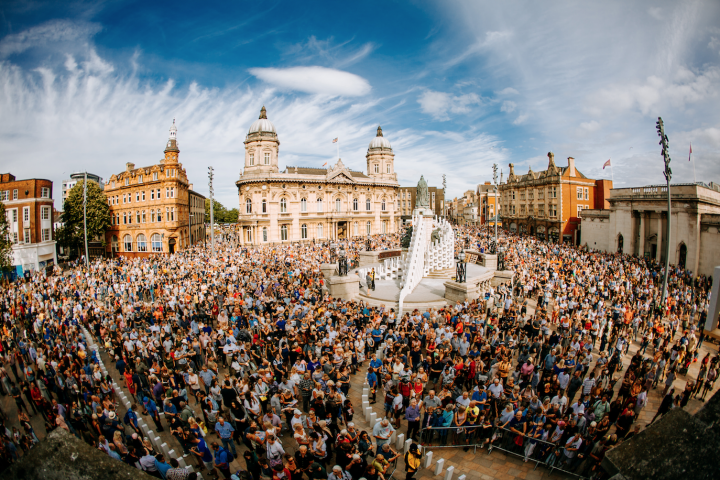 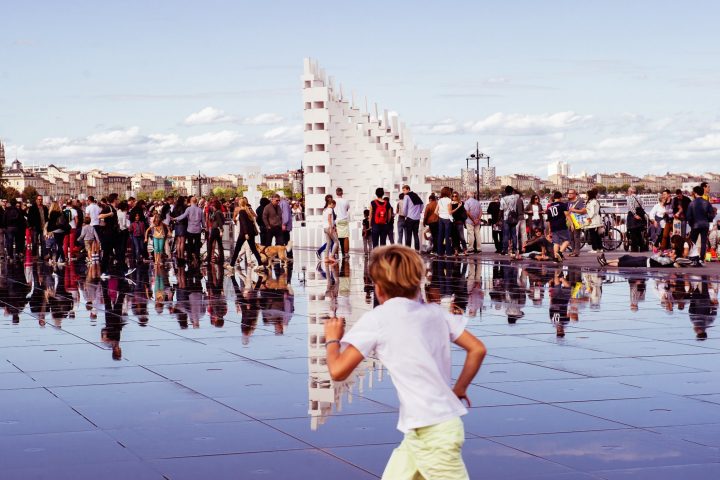