Floating Coffins is a video project about the outsized ship graveyard in Mauritania. The harbour city of Nouadhibou has recently become famous as the departure point for illegal migrants hoping to reach the Canary Islands.

This metropolis is also Mauritania’s economic capital and home to the world’s largest ship graveyard: more than 200 trawlers of various origins, sunken or still afloat. All are damaged and slowly rotting under the sub-tropical sunshine.

This unique phenomenon on the Saharan shores represent both a hazard to shipping and an ecological threat. Also, the sea becomes a space of ‘decline’ and an inactive landscape where lifeless ships and human bodies, can be found when rejected by the sea. Like a fish net, the sand catches discarded goods displaced from their original home. Noxious waters and dying boats are vomiting intoxicated fishes and shattered objects. In this landscape, we can understand the scale of the ecological catastrophe in West Africa.

“Gracefully enacts a contrapuntal scene of geopolitical inequality, juxtaposing a Western art of advanced technology with an impoverished African geography that encourages exodus.” 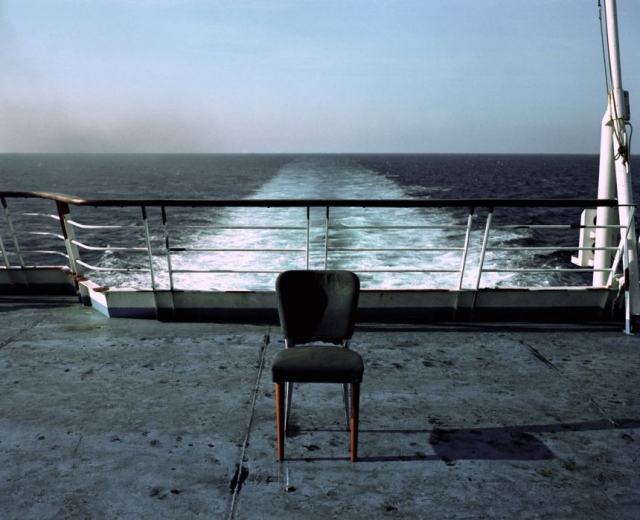 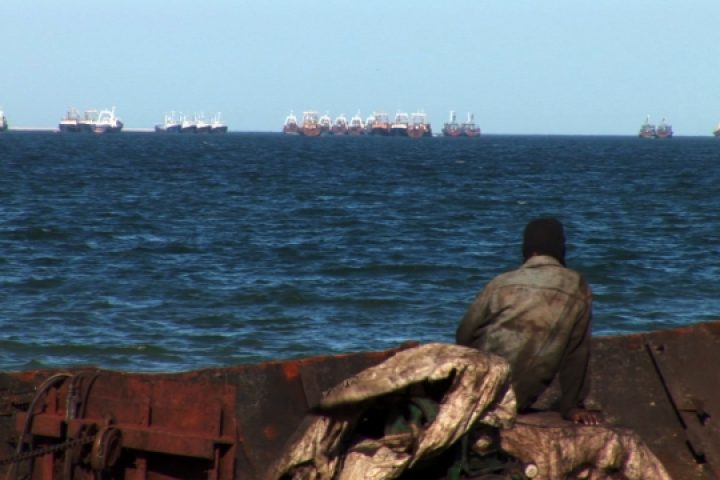