Robin Hood is a name of legend. He is a nebulous historical figure. The man – if there ever was a man – is lost.

A voice is describing a landscape. A disembodied arm hacks through the undergrowth. The voice is speculatively attached to an animated body in a forest, dressed in Lincoln green and carrying a bow and arrow.

It identifies itself as one would a figure in a picture. It decides that it must be Robin Hood. Other characters from the adventures are introduced, all speaking in the same voice with no attempt to differentiate between them. Instead of the stories unfolding, a strange, artificial world is evoked where the hero’s point-of-view can be detached from his body and fixed at any point in the picture. The residue of the narrative serves as an environment within which the characters exist.

Sound effects act to mark the space and punctuate the text – like illustrations in an illuminated manuscript – rather than to create an atmosphere. Imagine a video game that tries to create the feeling of being alive and give a sense of a corporeal body – but keeps failing and revealing the artificial representation. Despite this a person is evoked who lives and who dies. Think of an old portrait of an unknown man dressed up as Robin Hood.

Robin Hood is a conceptual puppet show in which the audience or listener enters the fictional space.

Commissioned and broadcast by NOWfm as part of the NOW ninety8 festival, Nottingham 1998. 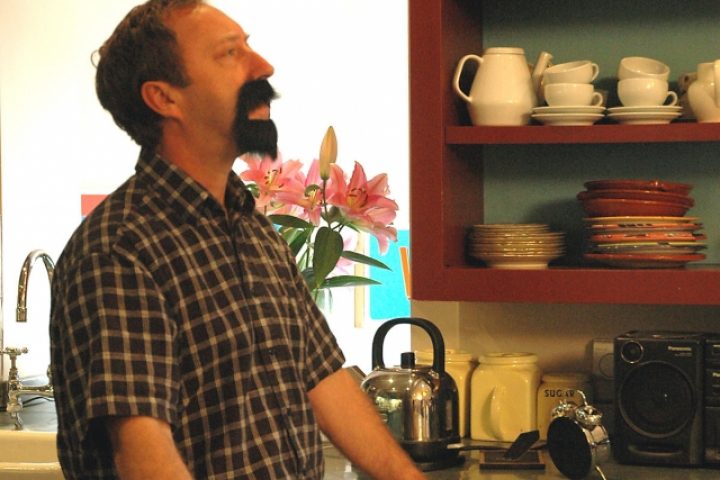 Not Tony / Robin Hood: The Stuff

Not Tony / Robin Hood: The Stuff