In an empty theatre Operation Infinity install themselves to present The Infinite Pleasures of The Great Unknown. The space is scattered with camp beds, shooting targets, rubbish bags and counterfeit money.

From behind a small black cinema screen and presented as a live projection, the spectral Troupe Mabuse are endlessly caught in the re-creation of Fritz Lang’s film The Testament of Dr Mabuse. Through the task of endlessly repeating the act of reproducing itself, The Infinite Pleasures becomes an advert of its own existence. A mesmeric state of distraction presenting itself as an entertainment of terror.

The Infinite Pleasures is part installation, part performance and part continuous late night film show. It constructs a landscape of interpretation with unsettling dark humour – not just from what is shown on the screen but also from the other clues and characters ‘planted’ throughout the space. Duration: 1.55

“…it’s a performance of staggering emotional force and skill; and a fitting show for the age of what he calls “the death of reality”, and the coming of something much more frightening, and easily manipulated.“

Commissioned by Theater der Welt and Tramway, funded by Arts Council England and supported by the British Council. 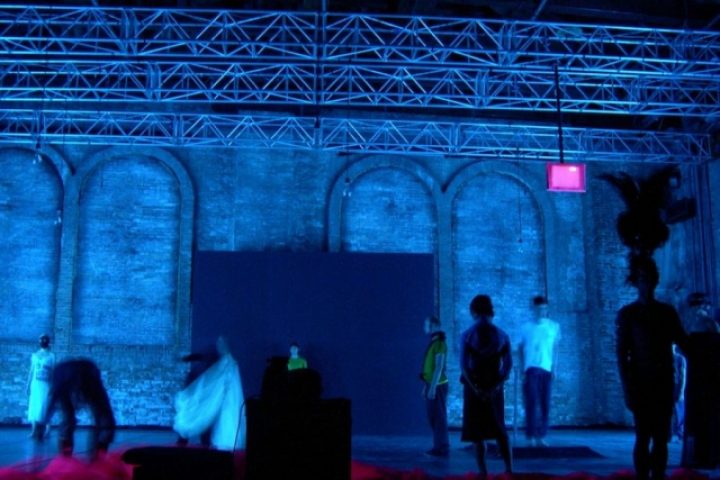