LUXURIANT: Within The Reign of Anticipation

Operation Infinity prepare the idea of ‘the best selling show’ in an empty space that becomes both rehearsal room and a repository for success. At the centre of this work is a failed reconstruction of Gold Diggers of 1933 – a movie of a back-stage musical show that is being mounted at the height of the depression and that bankrupts itself during its rehearsals. It contains the hit song  ‘We’re In The Money’.

Troupe Mabuse become the knowing chorines of desolation – held between the expectation of escapist entertainment and abject pornography. They prepare a currency of representation. A visceral choreography of both constrained stillness and turbulent abandon.

LUXURIANT invokes a force of nature that has resonance beyond the space that contains it. A storm that covers its tracks and leaves no trace of itself. It is both esoteric and absurd in it’s ambition. It is a disaster in the making.

LUXURIANT has been presented in 2010 at Istituto Svizzero di Roma and Crisalide Festival, Italy. 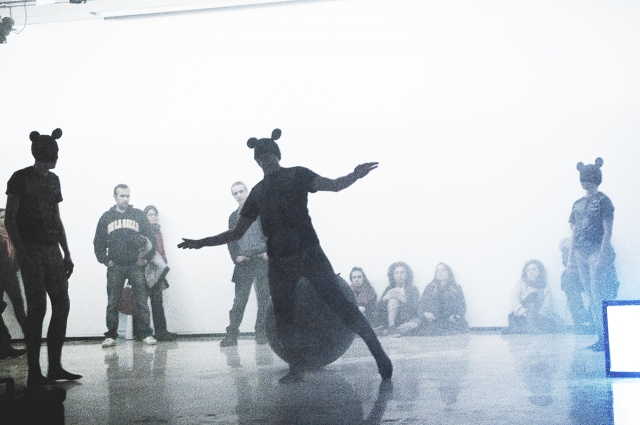 Love Letters to a Liveable Future