On 27 May 2008, as the outcome of her Artsadmin Residency Bursary, Deej Fabyc presented a hybrid performance/film/installation event at Toynbee Studios called Cat House Camp.

As an open experiment, Fabyc built a sculptural structure from plastic milk bottles half filled with water, recycled wood, plastic, a staircase and chintz curtains. Within this structure she placed a fibreglass likeness of herself that she has been playing out various relations with for the past 5 years. In this event, the double was sleeping rather than dead; the artist was also slept at the beginning and end of the performance. A customised projection area on the structure showed the 16mm film Sleep by Andy Warhol.

Oreet Ashery was invited to become the door keeper for the evening, which she did in edgy feminine garb. Fabyc vogued the first half of the event as Andy Warhol, later changing into a feminine character and channelling together the seething anger of Valerie Solanus and Niki De Saint Phalle. The evening was documented in a collaborative fashion by photographic/video artist Kim Fielding, renowned photographer Hugo Glendinning, poetic film maker Sarah Pucill and through a live feed of deliberately intrusive photos of the audience by emerging artist Adam Fearon. This documentation is on show at Toynbee Studios throughout July and August 2008. 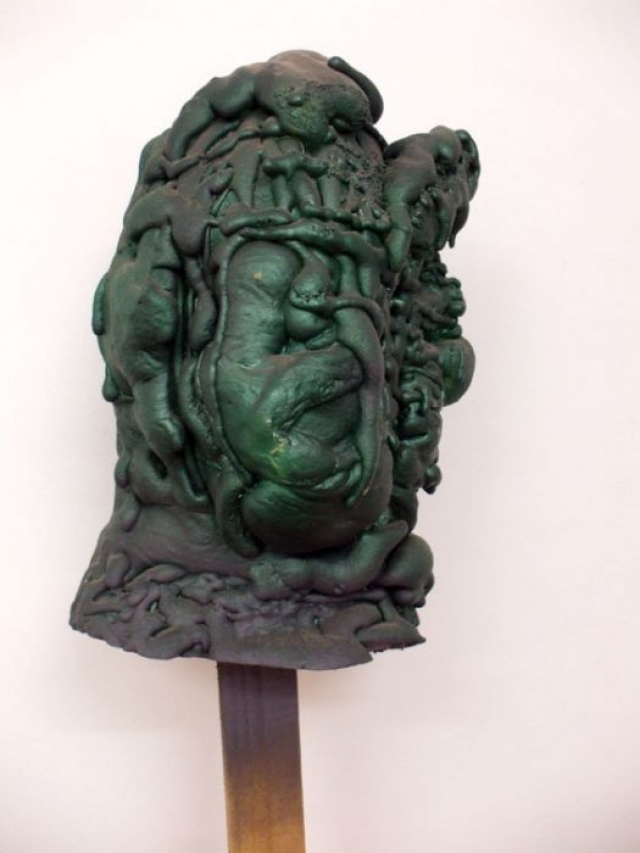 Australian/British artist Deej Fabyc is founding director of Elastic Residence. Her work has been shown Internationally both