IMPROVEMENTS ON NATURE is based on what happens when Mary takes Charles to her bed for true science and publishes the details of their union as a series of boxed amputations. For true science. Or what she thinks is the truth of science. And because it is for science that makes it all right; because science is real and everything, everything else is just the imagination. It's the scientific enquiry of Charles Darwin incubated by the traumatised imagination of Mary Shelly.

This is a meditation on the double act. How things begin and how they end, designed by the farmer and the butcher and with the Vet's daughter's bucking steed just out of sight.

Julia Bardsley and Andrew Poppy are semi-scientists who take the idea of the heroic, benignly beautiful horse and in a derelict laboratory grow a new version of the animal both savage and cannibal. The two performers are sandwiched between two sample slides and through a series of acts, images, sounds, music and texts they struggle with the mutations of a genetic code. 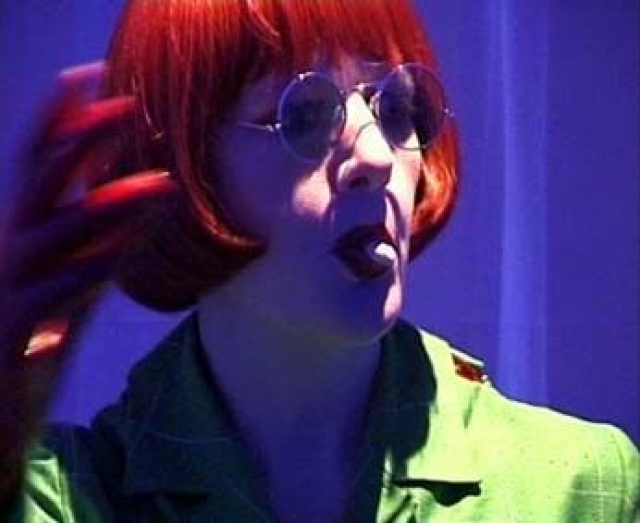 “Bardsley is a really fascinating artist…She could have been running the National Theatre by now, but instead