Led collaboratively by Artsadmin, Live Art Development Agency and New Work Network (LAAN), Talking Shop is a free event for recent graduates and early career artists working in the areas of Live Art and contemporary performance; offering advice, information, networking and discussion. The next Talking Shop will be part of the Wunderbar Festival in Newcastle-Upon-Tyne, held at Northern Stage’s Studio 3.

The first part of Talking Shop (3pm-4.30pm) will take the form of a seminar panel discussion focussing on the question “How do artists establish a relationship with an arts organisation or venue?” Guest speakers from across the UK will introduce their ideas, then take questions from the audience.

Then from 4.30pm Talking Shop will change into 15-minute one-to-one advice sessions for artists who want to discuss their practice with an advisor. Artists can choose to talk about anything – examples in the past have included upcoming projects, funding, platforms, venues collaborations and so on. Advisors include guest speakers Action Hero and Clymene Christoforou alongside LAAN representatives CJ Mitchell (LADA), Nikki Tomlinson (Artsadmin) and Orlagh Woods (NWN). You can see their full biogs below.

The whole event is free. You can choose to drop in anytime or for more information and/or to book a 15 minute advice session, please contact Cat Harrison.

SPEAKERS:
Clymene Christoforou is a co-director and founder member of ISIS Arts,  a visual and media arts organisation which runs an international programme of commissions, residencies and events. In 2007 Clymene was awarded a NESTA International Cultural Leadership Fellowship with placements in Brussels and India. Since this fellowship, Clymene has been elected onto the board of Culture Action Europe, the political platform for culture based in Brussels furthering her arts advocacy work with regional, national and international networks.

Helen Cole is Chief Executive and Artistic Director of Inbetween Time Productions. She began her career as an independent producer in Manchester before being  appointed Senior Producer at Tramway, Glasgow and then taking up the post of Producer, Live Art and Dance at Arnolfini in Bristol where she established the Inbetween Time Festival. In 2009, the Paul Hamlyn Foundation awarded Helen a Breakthrough Award for Exceptional Cultural Entrepreneurs. Helen mentors artists and young producers, works as a writer and curator of contemporary performance and sits on symposia and selection panels nationally and internationally.

Laura McDermott is Joint Artistic Director of Fierce Festival with Harun Morrison. Fierce is an international festival of live art, performance and public intervention, which takes place across Birmingham annually. Previously Laura worked as a creative producer at Battersea Arts Centre (where she was lead producer on Punchdrunk’s Masque of the Red Death) and Greenwich + Docklands International Festival.. Laura has also worked as a creative programmer and project manager at music festivals, including Glastonbury and the Lake of Stars festival in Malawi.

Action Hero are Gemma Paintin and James Stenhouse. They make work that is interested in pop cultural mythologies, people being together in a room and the absurdity of standing in front of some strangers and doing something. Their work often has a sense of the epic, even though it is played out through a raw, DIY, lo-fi aesthetic. They are members of Residence, an artist-led space for the creation of new performance work and are Forest Fringe artists and Chelsea Theatre Associates. They are performing Frontman as part of the Wunderbar Festival on Saturday 5 November.

LAAN ADVISORS
CJ Mitchell is the Deputy Director of Live Art Development Agency. Before that has was Executive Director of the Links Hall performance space in Chicago; Managing Director of Performing Arts Chicago; Administrative Director of the Master of Arts in Arts Administration programme at The School of The Art Institute of Chicago; an Associate/fundraising member and Company Manager of Goat Island Performance Group; and General Manager of the Centre for Contemporary Arts in Glasgow. He is a Member of the Institute of Chartered Accountants of Scotland, and holds a Masters in Cultural Studies and a Bachelor of Accountancy.

Nikki Tomlinson is the Artists’ Advisor at Artsadmin. For Artsadmin she has co-produced the Artists’ Bursary Scheme, Digital Media Bursary for Deaf and Disabled Artists, Town Hall Hotel Commissioning Scheme and Gary Stevens’ Performance Lab, and has created others, such as Artsadmin Weekenders, Balloon dramaturgy project and Future Editions with Forest Fringe. She has contributed to panels and lectures at institutes including Dartington, Goldsmiths and Dance Ireland, and is a Trustee of Dance Art Foundation. Nikki is a member of SPACE Performing Arts Circulation in Europe programme and is a practicing artist.

Orlagh Woods is the Co-Director of New Work Network with Jason E Bowman. She has previously worked as Curator of Tamasha’s Developing Artists (TDA) Programme; worked collaboratively for over 5 years with artist studio, Proboscis; was Creative Programmer for Craft NI; co-ordinator for Engage project, Collect & Share; has successfully managed a visual arts CPD programme at Space in London; and ran an international arts residency programme at Flaxart Studios in Northern Ireland. Orlagh has trained in both accountancy and fine art and has worked nationally and internationally in the arts for over 15 years. 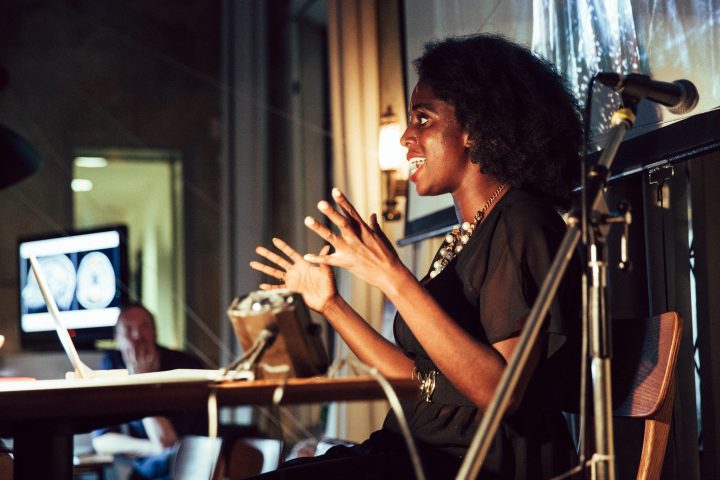