This summer the sounds, tastes, and flavours of East London will come alive with Rebecca Davies' The Ice Cream Van. She will be traveling up and down the country collecting English folk traditions and bringing them back to East London where they will be re-enacted and re-appropriated by local people.

The Ice Cream Van will be launched on the Saturday 21 July with the London Scarecrow Championships, inspired by the rural tradition of scarecrow festivals. This is a chance for you to make your very own straw person in the guise of “London Villains”. We will be joined by London's biggest Crow who will judge your entries, make your famous scarecrows as gruesome as possible because our Crow doesn't scare easily!

It is free to participate so just turn up and get involved or cheer from the sidelines. The Ice Cream Van will provide the basics including straw, tights, broom stick and you bring the wigs, masks and clothing to bring the scarecrow to life.

The grand prize for the winner is a portrait of themselves painted onto the The Ice Cream Van.

There will also be an assortment of sideshows happening on the day including a Maypole, live music, snail races, apple bobbing and and the unveiling of The Ice Cream Van archive. 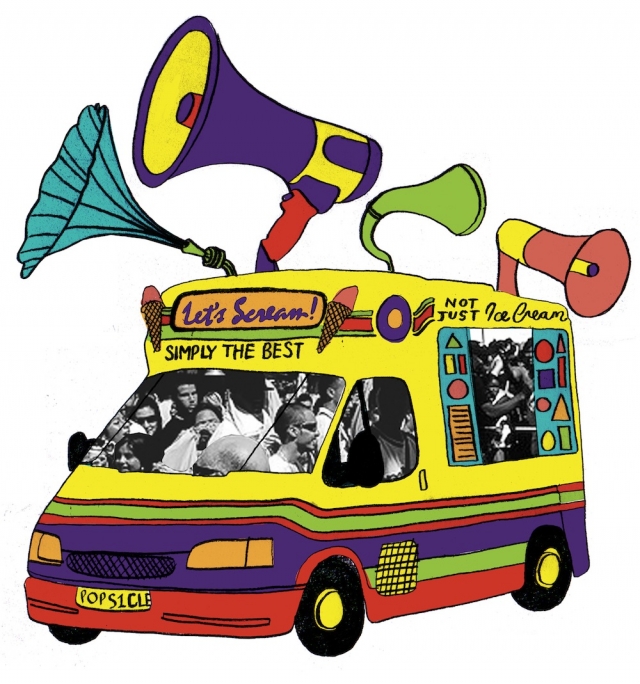 This summer the sounds, tastes, and flavours of East London will come alive with Rebecca Davies’ The Ice Cream…