Mamoru Iriguchi's One Man Show is a solo live performance with several video images of the performer projected on screens that capture different angles. At first replicating the performer, each dopplegänger gradually develops their own personality. As a result, what started off as a one man show turns out to be a colourful ensemble.

The performance is part of The Place Prize semi-finals. 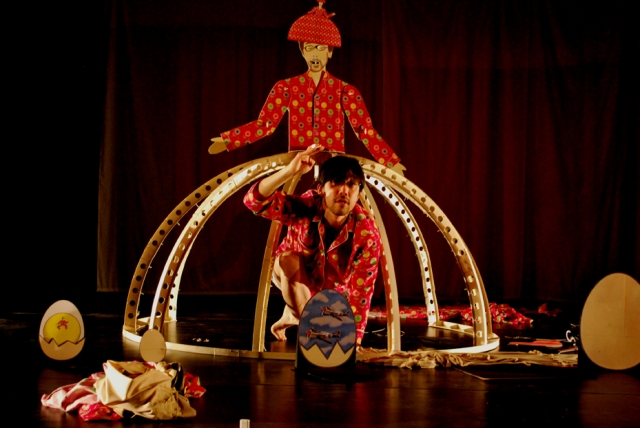