Free workshops for all ages.

Join us in making a giant Jessie Burgess (Camberwell's first female London mayor and the park's namesake). Our Jessie Burgess figurehead will be leading the procession on Saturday 2 November  and we need your help in constructing her.

Join us in creating Jessie's cape! Adorned with landmarks and local tales, we will be decorating and embellishing the cape that giant Jessie Burgess will be wearing during the procession.

The Spirit of Burgess Park Event

11am – 2pm: Pop by the van and have your stories of 'coming together' recorded by Rebecca Davies in exchange for an illustration.

1pm – 3.30pm: We will also host drop in workshops where you can create your very own masks/regalia.

3.30pm: Don your creations during the procession led by the Spirit of Burgess Park, which will go from Chumleigh Gardens to The Bridge To Nowhere.

4pm: It's bingo with a Burgess twist. Get involved in three games of Southwark themed Bingo – that's three chances of winning the most extraordinarily surprising surprise ever (sort of). 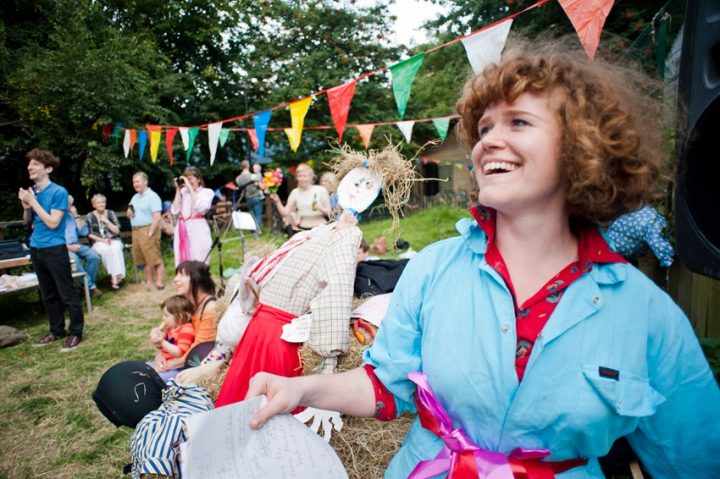