The Voice of Nature: The Shambles

The Shambles is the next in a series of of chapters which Tim Spooner is developing for B-Side Festival this September and which will form part of his new work The Voice of Nautre in early 2017.

Inspired by a painting of St. Thomas Aquinas in which a dove is whispering in his ear and supposedly revealing the knowledge of the universe, the stage becomes the arena for playing with the unpredictable quality of materials and objects.

Continuing in the vein of his previous performed sculptures, a mesmerising fragility and tension develops between the operators who remain on the periphery of the stage and the materials, objects and forces they manipulate. They push their physical qualities to their breaking point as structures vibrate and collide, viscous fluids fall slowly and language is broken up. 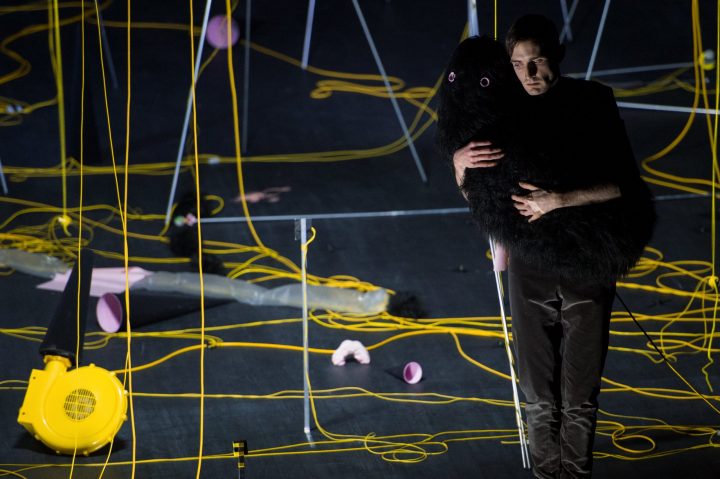 The Voice of Nature