It’s not the winning…

Living in London (or the UK…or the World) at the moment, it seems difficult to escape the burgeoning presence of the London 2012 Olympic and Paralympic Games.

Whether you are a supporter, an adversary or an apathetic onlooker you can’t deny that there’s a fever gripping the country and it’s clad in red, white and blue lycra.

As a producer working on several projects associated with this rare phenomenon of sporting hysteria, I deal daily in the jargon, the branding, the madness and the glory. It’s easy to become accustomed to the buzzwords and bumpf but all that aside, what’s it all really about?

One of the projects I work with is an Inspire-marked event called Hopscotch to Victory. It is created by Live Art Collective East and is taking place at Colchester Carnival under the banner of Sparks Will Fly, a series of celebrations across Essex happening as part of the Cultural Olympiad, which is a showcase for cultural and artistic activity surrounding the London 2012 Olympic Games.

…I realise I may have lost you. I appreciate that in one sentence I have applied a large dollop of Olympic-speak. I understand that your eyes might be going funny from all the italics I’ve used.

I’d hazard a guess that the average person is not so comfortable with this language that I have come to accept. I worry a little that it’s not always clear what is at the heart of the matter. That heart is (to me): lots of people, in one place, having fun, working towards an aim, cheering each other on, celebrating people, taking part in something together.

Pierre de Coubertin, the founder of the Modern Olympic Movement laid out a set of principles that he saw as applicable not just to the Games themselves but to society. Perhaps his most famous quote is:

“The important thing in the Olympic Games is not winning but taking part. The essential thing in life is not conquering but fighting well.”

In Hopscotch to Victory, Live Art Collective East (LACE) gets to the bare bones of this spirit of participation, determination and collective endeavour. LACE (led in this particular instance by Richard Dedomenici and Caroline Wright) is aiming to smash the world record for the most people playing hopscotch simultaneously.

“Why hopscotch?” you ask.

Because anyone can be a hopscotch champion! It’s easy to play – you can practice on the street, in the park, on the drive, in your garden. It has been played for centuries all around the world. There’s even speculation that as far back as those much mentioned “Roman Times”, centurion soldiers were put through their paces by being made to play hopscotch in full battle armour. You’ve played it. Your Grandad’s played it. The next door neighbour’s played it. Why not play it together, in one place, for a world record?

You can register to join the world record attempt by emailing ‘I WANT TO HOPSCOTCH TO VICTORY’ to lace@artsadmin.co.uk. You can either join as an individual or you can form your own team. If you do take part as a team, LACE encourage the wearing of a hopscotch ‘kit’ which is unique to your organisation, group, school or bunch of mates so that you remain identifiable, individual and yet a vital part of a whole. Fancy dress is welcome.

If you forget to register in advance, don’t worry, you can also turn up on the day between 11am – 2pm where you can practise your game and train alongside Three Step Endeavour, Britain’s ONLY professional Hopscotch team, who will be bringing their own stadium and rallying the crowd all day.

So forget all the doublespeak, the lingo and the vocab flying around in 2012 and take part in something truly by the people, for the people that celebrates joy in people.

Hopscotch to Victory will take place in Colchester Castle Park on Saturday 30 June 2012. LACE will be in Lower Castle Park from 11am for registration and hopscotch training with Three Step Endeavour. The world record attempt will start at 2pm.

More information can be found at: liveartcollectiveeast.com/hopscotch-to-victory 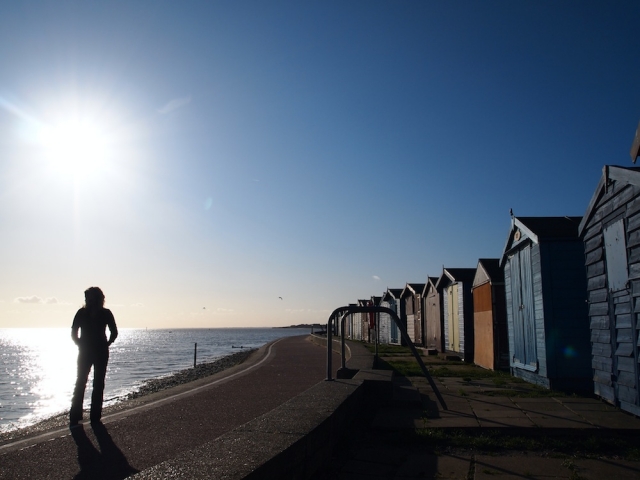 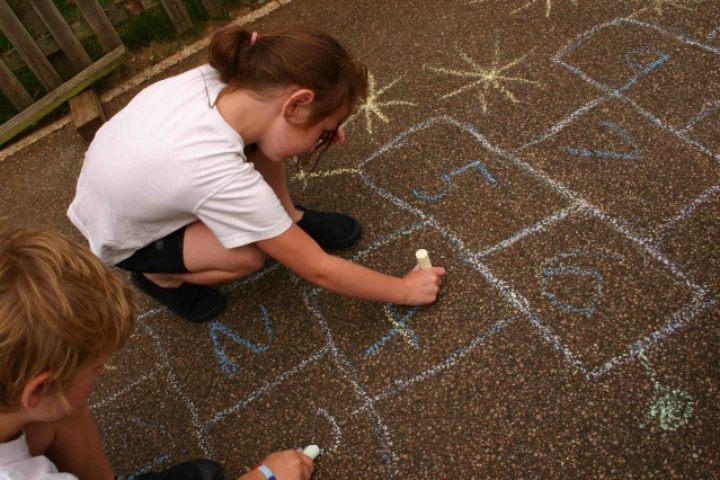