“Live Art does not exist in the theatre and theatrical elements are actively opposed, this includes good lighting and ‘the 4th wall’. Good work exists in gallery spaces, uses bodily fluids and is viewed by other live artists. Work outside of this can be identified as ‘Trash’.”

Scottee – The Observation of Live Art practice in 2011 as seen by the working class protagonist.

Laura recommends that you listen to the following while reading this article: Laura’s TRASH playlist.

At the end of October I attended some of the Live Art Development Agency’s week of events as part of Trashing Performance, the second installment of the Agency’s Performance Matters creative research project (described as “rethinking why performance matters through the matter of performance”). Hang on; I can sense that some readers are already hovering over the ‘back page’ button preparing to read something slightly more penetrable and less pretentious. Understandable – live art is not always considered the most approachable of topics for perusal and can often be surrounded by swathes of academia. I talk about performance art readily (a little bit too much) with friends, with colleagues and with little shame or surprise. My dear old Mum, however, is not so used to my tales of shock and awe. She’s no blushing flower, but nevertheless she’s also none too willing to listen to me regale her with descriptions of body mutilation, nudity and durational actions (because that’s what live art’s all about, right?).

I won’t deny, one of my favourite hobbies is explaining some of the more ‘extreme’ live art performances I’ve seen to unsuspecting friends and family members; I’ve even considered whipping out a video camera while I do so – it’s entertaining stuff after all. However, a huge part of me remains true to my working class roots and can’t help but cry, laugh or vomit in all the “wrong” places when watching some of the aforementioned. Open-minded as I am, I imagine my Nana watching it with me, wondering whatever happened to Cilla Black and Des O’Connor. “Now THAT’s entertainment,” a wobbly little old lady in the back of my head murmurs before taking a (large) sip of cherry brandy. Which is why the highlight of my week was artist Scottee’s The Observation of Live Art practice in 2011 as seen by the working class protagonist, a paper which he presented during Eat Your Heart Out’s evening of cabaret entitled Performance Doesn’t Matter.

“An artist from a working class background, low social status or just female can prove an asset in informing them in their practice throughout their career…Any subject that could possibly alienate the majority of an audience is good practice, this in turn will reflect the artist in a strong position of knowledge when in reality a minimal amount of structured research (Wikipedia) has taken place”

Scottee delighted me with the announcement of a new field of art practice entitled LIGHT ART, a practice that straddles the electric fence between Live Art and Light Entertainment. No longer will sequins, eyelashes and panache be the reserve of the working men’s club turn, Light Artists are reclaiming the sparkly slash curtain, snatching back the fluffy microphone stand and penetrating the live art scene with tits, teeth and glittery testicles. They are whisking high and low art into a delicious creamy icing, putting the grotesque and the divine face to face in the wrestling ring and shoving a cheap spam sandwich up the a**e of performance art.

It’s nothing new of course; artists and performers have been doing this for years. In days gone by gender-squiffy satirists and mischief-makers like Vesta Tilley (also known as Burlington Bertie) populated music halls and cabarets. Making ‘otherness’ palatable to the otherwise conservative isn’t a new concept but it’s one that doesn’t hurt to be reminded of. Of course Scottee’s tongue was firmly in his cheek during the delivery of his lecture and of course I still like reading about seminal happenings where naked Serbian women had guns held to their heads in galleries, but now I feel I can admit that I also watch The Only Way Is Essex – and I enjoy it.

Performance matters. Performance doesn’t matter. Who cares? I like it anyway. I think my Nana would understand.

“It doesn’t really matter much, to be honest; it’s just middle class art students fannying around. One day the masses will rise up and engineer a genuinely popular cultural resistance to The X Factor. But don’t hold your breath.”

You can read the whole of Scottee’s paper at scottee-scottee.blogspot.com (now archived) 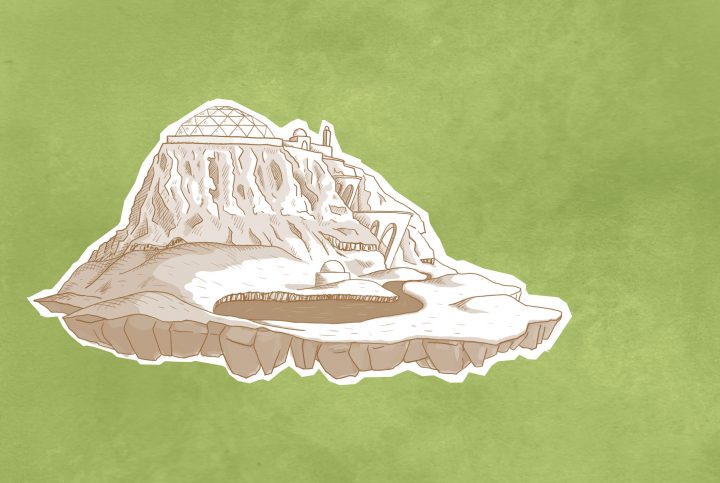