Lorrice Douglas produces work as if researching for a film or a novel, using a range of media including archive, installation and photography to construct or present a scene.

She gained a Masters degree in Fine Art at the Slade and went on to participate on de Ateliers studio programme in Amsterdam.

The scene being staged in Lorrice Douglas’ exhibition, The Gatehouse, references the attic room in which Douglas occupied as BCA’s residency artist in 2007/08. This piece is typical of Douglas’s work in that it introduces the audience to a staged space, a facade, in which the content is a culmination of fiction and reality. For the purposes of The Gatehouse exhibition, Douglas built a to scale version of the attic room. Although the architectural dimensions of the set are authentic, the new construction introduces the viewer to a slightly alternative landscape: A space alluding to the dreams once played out by the ‘gatehouse keeper’ – the original occupier of the room.

The Gatehouse was a solo exhibition at BCA Gallery between November 2008 and January 2009.

Lorrice is currently doing an R&D residency at Lanternhouse, Cumbria where she is developing a new project in the Lake District for 2011. 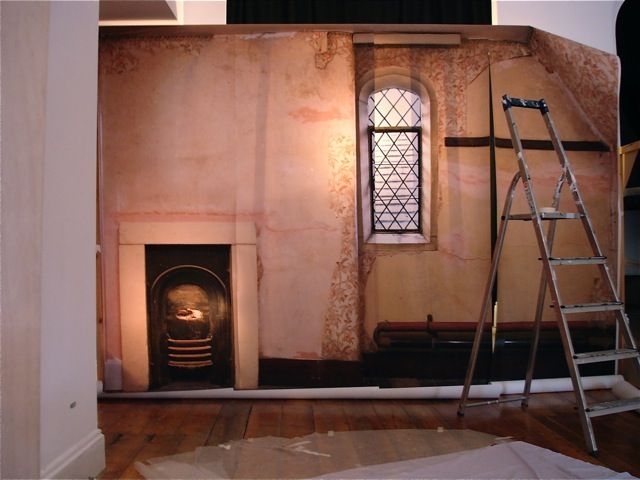 Text on the Gatehouse