Three performers inextricably linked by one rule, to copy and ape each other’s behaviour. Starting with simple actions and movements and rapidly descending into a chaotic world of gestures, language and not quite enough props, each performer struggles to assert their own character and to take control.

Playfully testing the limits of the rule through skilful and sophisticated performances, Ape creates a tangled mass of associations, moving from instantly recognisable social situations to moments of slapstick comedy. Actions and words soon spin out of control as the performers continue to copy the copy…

Originally commissioned by Artsadmin for their inaugural season at Toynbee Studios in June 2006, Ape subsequently was presented at The British Council Showcase at Edinburgh Festival, Theatre 140 at Brussels, in universities and theatres across Tunisia, and most recently at the GSK Contemporary at the Royal Academy of Art in London. In winter/spring 2009 Ape toured across the UK and in the US to a range of galleries, theatres, art centres and performance festivals. 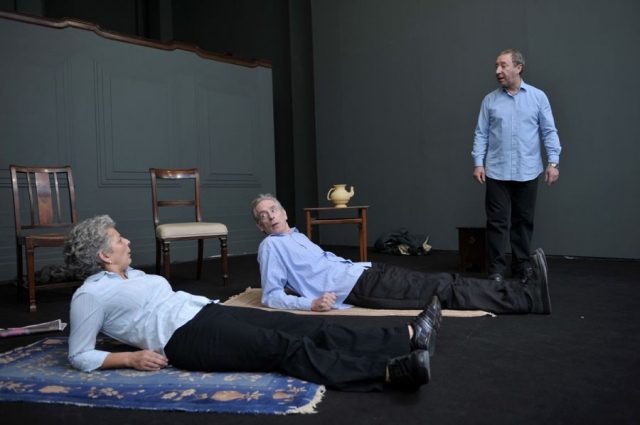