Moth Theatre is a small-scale freestanding plywood theatre fitted with a video feedback system and ultra-violet lighting. Standing in a pool of its own radiance, it is theatre for moths by moths.

Insects are drawn to the miniature cinema where their image is filmed and fed back to the same screen generating pattern and unwitting choreography. Moth Theatre plays with the nature of spectacle across the species divide. Drawn by the same light and image as the insects, the human observer is able to eavesdrop on this evolving and autonomous performance.

Moth Theatre was commissioned for the Latitude Festival 2010 in Suffolk, UK and was the first winner of the Latitude Contemporary Art Award. 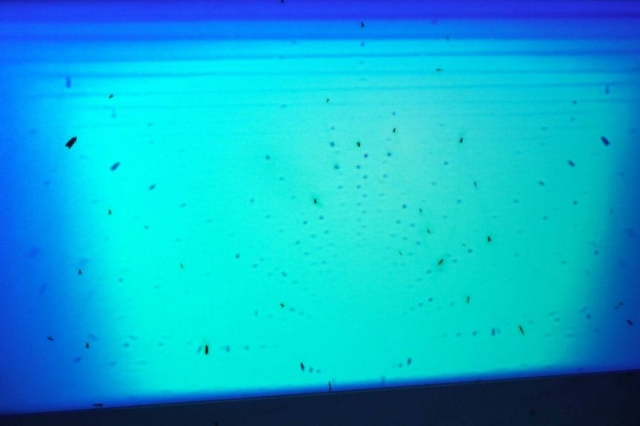 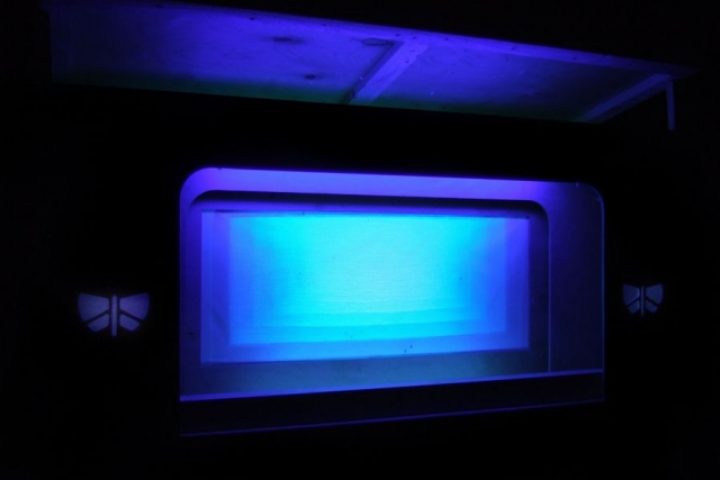