One of Us (L’un de Nous) is an ensemble performance by Gary Stevens.

Reminiscent of Gary’s previous works, the experience this performance is both poignant and funny as twelve performers compete with each other to play the same character – Jean. They constantly usurp one another adding different facets to his personality and through continually re-playing and re-ordering events they gradually flesh out Jean’s life story.

One of Us (L’un de Nous) was developed with a cast of French performers, joined by an additional group of local guest performers, during a series of short residencies throughout late 2013-14 at l’Avant Seine, Colombes.

One of Us (L’un de Nous) was commissioned by l’Avant Seine, Théâtre de Colombes with additional support from the British Council.

Watch the video of the performance

For more information on this project contact Nicky Childs at nicky@artsadmin.co.uk. 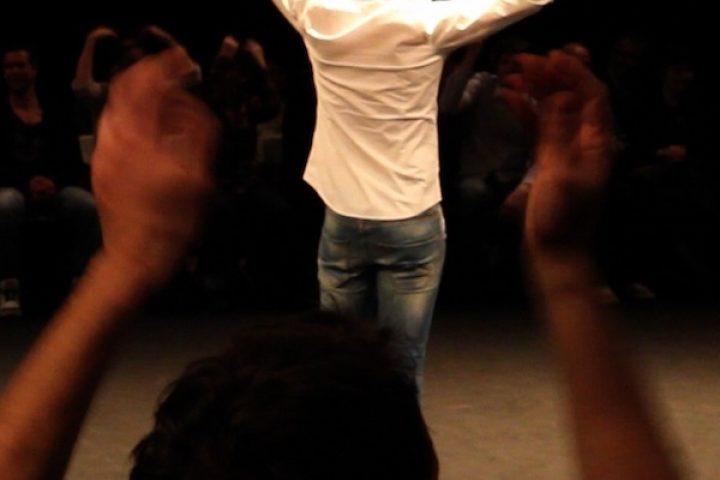 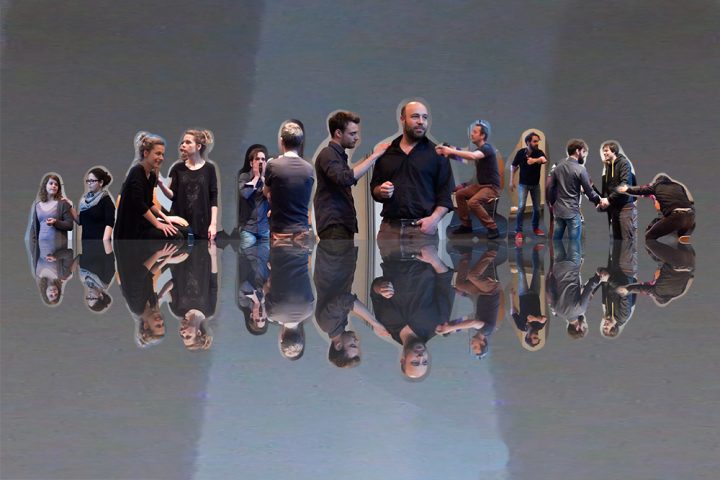