Universality Challenge is a game show which playfully explores universal experiences; examining those all-important questions that shape our view of the world, like ‘Is happiness a cigar called Hamlet? What colour is Michael Jackson? And do they drink Um Bongo in the Congo?’

Using the recognisable format of the British TV show ‘University Challenge’, participants will go head to head in a battle to win the title of Universality Challenge, in front of a live audience. The quiz show, made up of a university team versus a local team, with Yara as host, seeks to challenge universality, asking is what’s good for the goose, good for the gander?

Yara El-Sherbini is based in London. Her inter-disciplinary work uses site, context and audience to playfully explore art and life. From hosting pub quizzes to stand-up in comedy venues, she uses humour and popular culture to engage viewers. She was a recipient of an Artsadmin Artists Bursary in 2006. Universality Challenge was first commissioned by Chelsea Theatre in 2008, and managed by Artsadmin. Universality Challenge was toured between June – December 2009. 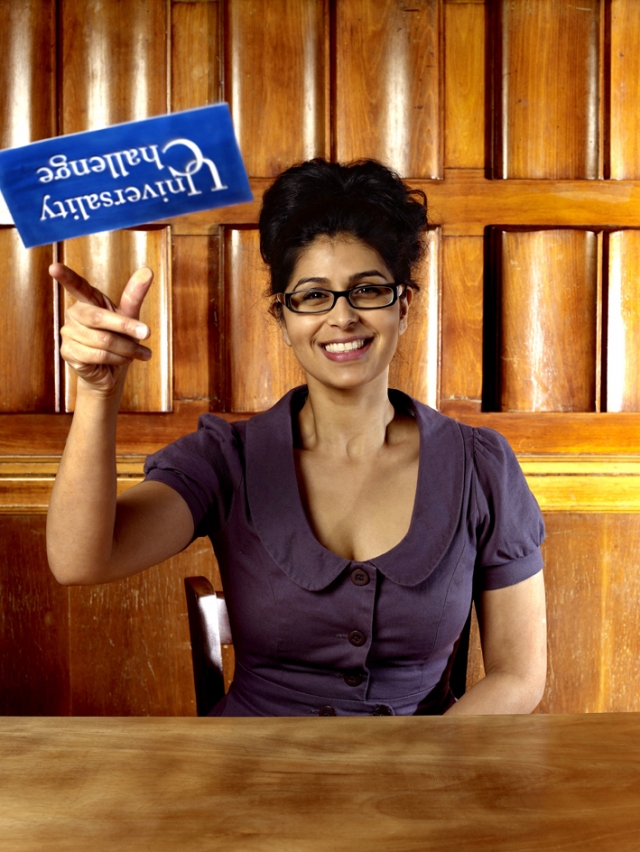