Artsadmin is collaborating with artist Selina Thompson on Immersion, a project with a group of womxn in Tower Hamlets that explores democratic participation, commissioned as part of Season for Change. Immersion was meant to be happening this week at Toynbee Studios but it’s been postponed until 2021 due to Covid-19. Selina wrote this blog back in early June about her reading and research for Immersion:

Like so many other folks who are lucky enough to love their jobs, I have done a little moping over the last few months for the new work that would have been. Sortition, which was postponed, became Oh God Not Another One, which has been postponed due to Covid-19. There are much worse things, but I was a little sad.

I am very lucky though, and there are some, tiny, glittering fragments of my dreams for that work left over glinting away like fragments of gold at the bottom of a murky lake. These delicate shards find their home in Immersion, a new project I am collaborating on with Artsadmin, which, public health allowing, will be STLtd’s new project in Spring 2021.

In the meantime, I am reading, reading, reading – and I thought I’d use this space to share my reading list, and to tell you a little bit about the questions that I hold about the work, the worries, concerns, things I’m trying to think my way out of.

Funny Weather: Art In An Emergency by Oliva Laing

Your Art Will Save Your Life by Beth Pickens

Everything I can find by and about Lorraine Hansberry

If I start honestly, and from the self, this whole body of work – Sortition, Oh God Not Another One and Immersion all have at their core a desire to think about how my practice is in service in a tangible way, in a way that goes beyond affect. It’s a part of Season for Change: so what is it changing? How? Can it change or do anything? What are its limits, and how do I push at them? Not for anyone else, but for me, when I’m lying in bed alone at night, thinking about the world burning: what is my justification for what I have chosen to devote my life to? I do not find Toni Morrison’s call: ‘Now is the time that artists go to work’ an easy one, and I hope I never will. Some days move as an artist, others move as a person, engaged in struggle with the people, some days move as both. But always in a place of profound discomfort.

The Responsibilities of Democracy by Nick Clegg & John Major

Against Elections: The Case For Democracy by David Van Reybrouck

Democracy When the People Are Thinking: Revitalizing Our Politics Through Public Deliberation – James S Fishkin

The Meaning of Freedom: And Other Difficult Dialogues by Angela Y Davis

You Don’t Play with Revolution: The Montreal Lectures of C.L.R. James

Black Marxism: The Making of the Black Radical Tradition by Cedric J. Robinson

Think of this as the underpinning, the sort of soil that the other aspects of the work grow out of: it’s not the self-involved drive of 1, not the form research of 3 and 4, and it’s not quite looking at content in the way that 5 and 6 are. This is more of a landscape forming, a horizon broadening that at the end I’ll not be able to trace back to the work, but that I’ll know I needed. Also, the time is always right for both Cedric J Robinson and Stuart Hall. Most always.  But I’m trying – oh I don’t know. There’s a bit in the Stuart Hall text where he speaks about a particular trait of the left – to always believe that the real politics is happening somewhere else, always somewhere else, over there – that what we are doing here is not the real work. There is something in this list about ‘the real work’ and how shrouded it feels. Some demystifying, some own terming and reclaiming. I’m not sure.

(These numbers make my thinking look so ordered! Don’t be fooled.)

Minority Women & Austerity: Survival and Resistance in France and Britain by Akwugo Emejulu and Leah Bassel

To Exist is To Resist: Black Feminism in Europe edited by Akwugo Emejulu and Francesca Sobande

But Some of Us Are Brave edited by Gloria T.Hull, Patricia Bell Scott and Barbara Smith

Shapeshifters: Black Girls and the Choreography of Citizenship by Aimee Meredith Cox

Immersion will be a participatory project between myself, and a group of POC elders and young womxn from Tower Hamlets. We’ll spend the first week clarifying the problem we want to solve and the second week beginning to action a solution.

I wanted to ensure that my approach to activism was grounded in a history of pre-existing activist work led by elders and teens, but also to root the work that I was doing in Europe-Centric Black activism. Thus far, one of the joys of these texts is that all of them have some outlet for both creative expression and also… just talking, being together, gathering, factored into how they theorise and approach bringing about change.

How to Resist by Matthew Bolton

Pedagogy of the Oppressed – by Paulo Freire

Beyond Survival: Strategies and stories from the Transformative Justice Movement Edited by Ejeris Dixon and Leak Lakshmi Piepzna-Samarasinha

Turn This World Inside Out: The Emergence of Nurturance Culture by Nora Samaran

For me, the first port of call is research into organising, from organisers. Immersion will run for two weeks, and in those two weeks, we will take over Toynbee Studios, creating a live in space where we actively, tangibly campaign to take action on air pollution in Tower Hamlets. It has to be a space that does something in the world, creates measurable progress, and it has to be led by those that live and work in that area, not by me.

In building this space, I am trying to think about what I have found hard in organising spaces I have left, and trying to centre the fact that I am making as somebody who is neurodiverse, and with a chronic illness. My wick is short; I burn out quickly. Life is long, there is much to do. What feels easy is what is sustainable: so how do I set rhythms and routines in this space that get things done in ways that do not deplete those that participate?

What is the cross pollination that can take place between the activist space and artist space, and how do my skills in the latter be in surface to the former without centring myself?

I want to add a couple of texts to this – articles. So this one –

Accomplices Not Allies: Abolishing the Ally Industrial Complex (Indigenous Action)
There is a big crossover between criticisms that can be made of the academe and the arts. What does it look like for an artist ‘to leverage resources and material support and/or betray their institution to further liberation struggles’? How might I be ‘An intellectual accomplice [that] would strategize with, not for and not be afraid to pick up a hammer’?

Give up Activism (Do or Die, Issue 9)
“Activists think they are compensating for the lack of activity by others. Defining ourselves as activists means defining our actions as the ones which will bring about social change, thus disregarding the activity of thousands upon thousands of other non-activists. Activism is based on this misconception that it is only activists who do social change – whereas of course class struggle is happening all the time.“

Again, this criticism can be leveraged at many artists. I was invited a few years back to respond to the question of how Live Art might Unfuck The World – a provocation that infuriated me then, and infuriates me now (as I think it was meant to, no shade to Helen Cole) – because Art cannot, but the people, the artists that make it might: but only be acting as people, engaged in struggle all the time, not as special magic folks. How is this humility in the work? When arts institutions so often fetishize the artist, how can you centre the community, and decentre yourself in a way that gets the work done?

Notes From An Apocalypse: A Personal Journey to the End of the World by Mark O’Connell

Sapiens: A Brief History of Humankind by Yuval Noah Harari

How Will Capitalism End? By Wolfgang Streeck

The Mushroom At The End of The World by Anna Tsing

A Billion Black Anthropocenes or None by Kathryn Yusoff

Staying with The Trouble by Donna J. Haraway

Revenge Capitalism: The Ghosts of Empire, the Demons of Capital and the Settling of Unpayable Debts by Max Haiven

This is my favourite (not the right word) bit of the list: it’s all the new, the predictions, speculations, the parts that invite radical imagination. At it’s core, Immersion is a world about imagining a new world: building the plane whilst flying it. This sentence is very painful to type right now. I think I wanted Immersion to imagine and create new worlds with urgency, yes, but also with gentleness, levity, healing at core. It’s 1 June 2020, and I am so full of grief today. I hope this is not privileged nonsense. I hope it’s still worth doing. I just don’t know.

Your Healing is Killing Me by Virigina Grise

Last but by no means least: I feel that there are three key ingredients to Immersion: tangible political action, creative expression (and joy!) and space for spiritual growth – if not healing, then at least something like a pause for reflection and grounding. I find that last one really hard: but I think all three have to be in place to create something which is meaningful for all involved.

I’m going to stop here. This is so long, and I’ve been writing and working on it for ages. I’m tired. I’m so tired. And so sad, and so angry. I don’t know what world our participants will be living in by the time we come to do this, and it may all have to shift to be what they need in that moment. But I will really try my best, to operate from a place of love and solidarity. And I hope we can create the space we need.

____
Immersion is one of the commissions for Season for Change, a UK-wide programme of arts activity focused on a step-change in climate awareness, activism and justice, delivered in partnership by Julie’s Bicycle and Artsadmin.

This project is supported by ACT (Art, Climate, Transition) through the Creative Europe programme of the European Union, the Foundation for FutureLondon and City of London, and Arts Council England through Season for Change. 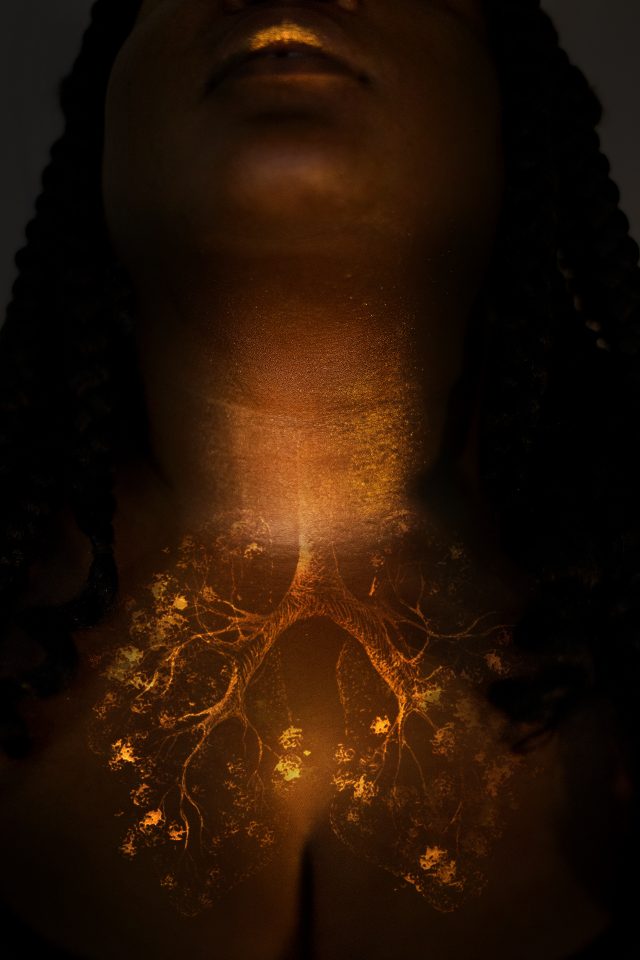 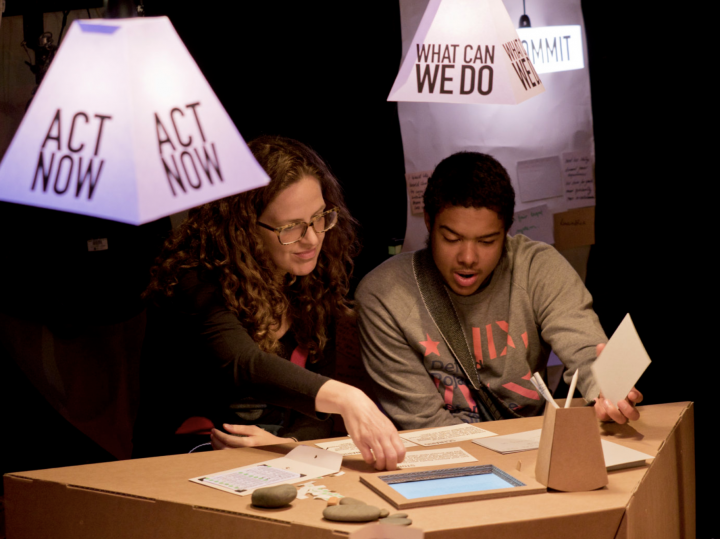 A national season of events inspiring action on climate change

Selina is an artist and writer whose work has been shown and praised internationally. Her practice is