As Far As Isolation Goes (Online) is a collaboration between live artist Tania El Khoury and musician and street artist Basel Zaraa.

In this live-streamed, 1-on-1 performance, As Far As Isolation Goes uses touch, sound and interactivity to bring audience members in contact with those faced with inhumane detention centres and a mental health system that disregards their political and emotional contexts.

Reimagined for an online context during the coronavirus lockdown, the piece is built from their original collaboration entitled As Far As My Fingertips Take Me, in which Tania commissioned Basel to record a rap song inspired by the journey his sisters made from Damascus to Sweden. In As Far As Isolation Goes, Basel and Tania worked together to create another iteration of their previous piece focused on mental and physical health experiences of refugees in the United Kingdom. Basel created a song inspired by conversations with friends and colleagues who have recently claimed refuge in UK.

Tania El Khoury is a live artist creating installations and performances focused on audience interactivity and concerned with the ethical and political potential of such encounters. Her work has been translated and presented in multiple languages in 32 countries across six continents, in spaces ranging from museums to cable cars to the Mediterranean Sea. She is a 2019 Soros Art Fellow and the recipient of the 2017 International Live Art Prize, the 2011 Total Theatre Innovation Award and Arches Brick Award. Tania was a festival guest curator at Bard Fisher Center. She holds a PhD in Performance Studies from Royal Holloway, University of London. In 2018, a survey of her work entitled “ear-whispered: works by Tania El Khoury” took place in Philadelphia organised by Bryn Mawr College and Fringe Arts Festival funded by Pew Centre for Arts and Heritage. Tania is affiliated with Forest Fringe in the UK and is the co-founder of the urban research and performance collective Dictaphone Group in Lebanon.
Find out more

Basel Zaraa is a spoken word artist and percussionist who writes on themes of exile and resistance. He has collaborated with a wide range of international artists including Akala, Guildhall youth project (Im)possibilities, Palestinian hip-hop group Katibeh Khamseh, Arabic fusion band Raast and funk band Shokunin. He is part of the cast of PsycheDELIGHT’s ‘Borderline’ satire about the Calais camp, in which he performs original music and DIY sound effects. He is also a visual and stencil graffiti artist. Basel has toured internationally in Tania El Khoury’s As Far As My Fingertips Take Me and has created with her a second piece entitled As Far As Isolation Goes.

As Far As Isolation Goes 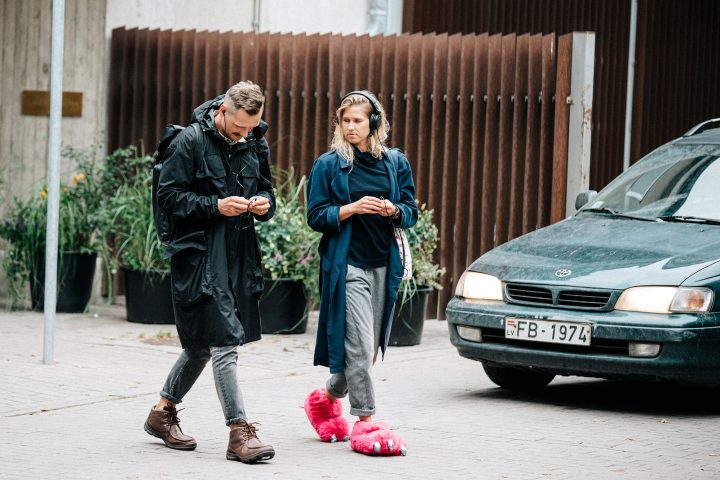 A Mile in My Shoes