The Quiddity Grid: a performance by Tim Spooner and text by Frances Scott

Free – All pre-book tickets have now gone but there will be a limited number of tickets on the door.

This event forms an echo to Tim Spooner‘s research and work 24 Grotesque Manipulations, first performed in the Courtroom at Toynbee Studios in March 2011.

It has two strands:
A new show by Tim Spooner. 24 Grotesque Manipulations was a demonstration of altered objects, flawed walking machines, nervous sculptures and cartoon protoplasms. This new show will be a finale to it, as well as a chapter in its own right. An inside-out version of the original show, a liquidized tragedy where the characters are swallowed up one by one.

A text by Frances Scott, written as a series of responses to 24 Grotesque Manipulations. The text is a limited edition print and comprises three conversing parts: The Quiddity Grid, an introduction or home for potential readings; 24 Object Recalls, a series of illustrated micro-chapters; and The Afterword That Lives Outside The Cave, a narrative written at the beginning of the process, but one in fact that might better suggest an ending. In this final section, two ‘players’ are given roles as geographical phenomenon and literary structure.

Please join us for an informal evening of performance, talking, reading and drinking. Doors and drinks from 6.30pm. Tim’s performance will begin at 7.30pm.

Frances Scott has worked with Tim Spooner throughout his bursary as outside eye and critical support.

Artsadmin’s Bursary Scheme 2010/11 is supported by Arts Council England, Centre for Excellence in Training for Theatre at Central School of Speech and Drama and by generous donors to Artsadmin’s Small Change scheme. 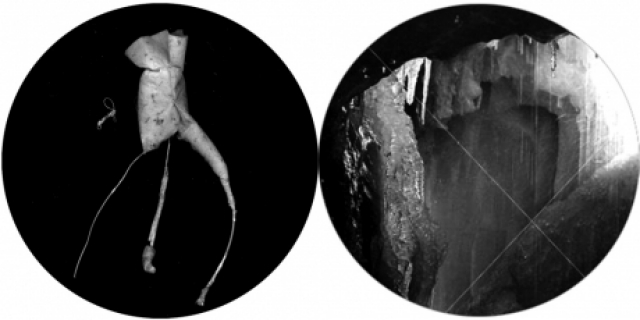 The Quiddity Grid by Frances Scott