This event has been postponed due to health reasons.

After France and Belgium, Mind Out continues to tour and will be presented in Wales in December, at the Aberysthwyth Arts Centre, where the film of Dominoes was screened last year.

Separating mind and body, performer and character, Mind Out's performers are split in two. Each acts as the mind of another, giving simple instructions for action, formulating speech and expressing otherwise silent thoughts, while their own body responds to controls given by someone else. Mind Out builds on Station House Opera's fascination with shifting notions of identity, explored in previous works including Roadmetal, Sweetbread and Mare's Nest.

“This is postdramatic theatre meets Buster Keaton. Enjoy.” Time Out **** 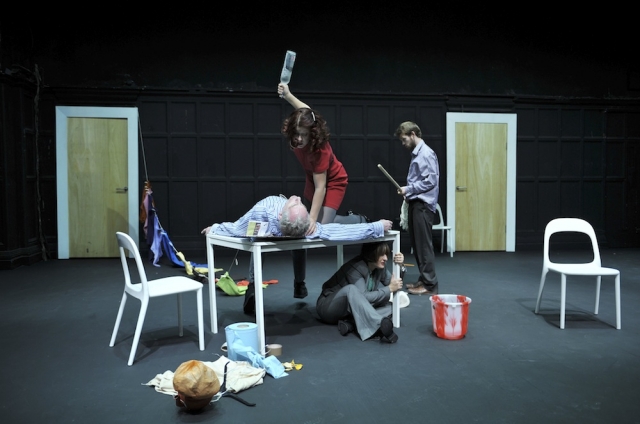