Visa Restrictions – the story so far

Two years ago I launched a campaign, with the civil liberties group The Manifesto Club, against the UK Home Office’s draconian new immigration restrictions with a letter in The Observer signed by a stellar cast of artists, theatre and gallery directors, an exclusive news feature and a petition for 10 Downing Street. This was not a protest against the thorny issue of immigration, but the concern I had that the new regulations would severely curb the mobility of artists from non-EU countries to participate in art activities in the UK. Since its introduction in November 2008, the new restrictions have had a detrimental impact on artists’ residencies, live performances, the ability for artists and writers to attend their exhibition previews and book launches, attending talks, conferences and on collaborative work with UK artists and performers.

The restrictions do not discriminate against art-forms; everyone from great classical pianists, ballet dancers, theatre companies, performance artists to grassroots capoeira, tango, samba and choral groups are affected. The Labour government introduced a points-based system [PBS] of border control and entry to the UK; a hugely bureaucratic, costly piece of state machinery that also requires host arts organisations to act as immigration agents by being legally obliged to keep electronic copies of passports or other forms of biometric ID on file, monitoring and spying on the guest artists’ everyday whereabouts. A relationship that was once based on trust, camaraderie, artistic passion and cultural reciprocity between a guest artist and a UK host was now bureaucratized and based on a foundation of suspicion and fear. The fear of being fined £10,000 upwards, having your sponsorship license taken away (a compulsory requirement in order to invite non-EU artists) means that venues such as The Place and Sadlers Wells now require all performers, crew, photographers – in fact everyone except the audience – to show legal paperwork such as passports, visa stamps, certificates of sponsorship (a serial number given to invited non-EU artists under the PBS sponsorship system), to prove that they are allowed to “work” or perform. There may well be other arts venues who also ask for this. For people who believe passionately in freedom in everyday life and our ability to freely engage and associate with whomever we choose to without interference, this is a serious affront to our civil liberties. Whether we are a British/EU-national or not, we are all required to perform this act of submission to the state, and arts centres and education institutes have quietly become outposts of the UK Borders Agency.

Within the last two years, the Manifesto Club’s campaign has been a thorn in the side of the Home Office and the UKBA. Our petition has nearly 10,700 signatories, we have gathered influential Peers, artists, writers and other campaign groups such as English PEN to oppose and influence the debate around the visa and PBS restrictions. The campaign has influenced the Mayor of London Boris Johnson to speak critically about the excessive regulations and its impact on London’s international cultural status. We have also gathered a huge dossier of stories of invited non-EU artists being refused visas, deported and banned from the UK, published as reports which have been influential in shaping debate. The Greater London Authority recently undertook a London-wide survey to find out how PBS was affecting the capital’s second-to-none arts scene. And this month the Earl of Clancarty initiated a serious 90 minute debate in the House of Lords where a significant number of Peers damned the PBS and the guillotine-like immigration cap introduced by the coalition government.

The battle is not over, even though there have been some concessions made by UKBA in an attempt to placate our protests – an ill-thought out Entertainers visitor route (what are we, Butlins holiday entertainers? Wedding singers?), PBS exemptions for major arts festivals, allowing non-EU orchestral musicians, classical and contemporary dancers to be employed by UK arts companies – these are both ludicrous and piecemeal gestures. The campaign will not rest until there is a radical overhaul of the system, when non-EU artists are seen as cultural professionals – who should rightfully be paid – and friends who are welcome to the UK without the bureaucratic intrusion and interference of these Kafkaesque regulations. The PBS was introduced to counter-act the threat of international terrorism and the so-called “influx” of economic migrants and illegal immigration to the UK. Our argument is that invited temporary visits of non-EU artists to the UK is not an added burden to the economy, nor are cellists and other artists taking work away from Britons, smuggling drugs or bringing bombs into the UK. International cultural exchange is a good thing in itself for artists, institutes and ultimately the British public, it should be a vital issue to fight for in the name of unfettered artistic freedom.

If PBS is affecting your ability to invite non-EU artists to participate in cultural activities in London, please come to Artsadmin and Manifesto Club’s round-table debate on 5 April, 6:30pm.

Manick Govinda is Head of Artists’ Advisory Services, and is on the Steering Committee of The Manifesto Club. 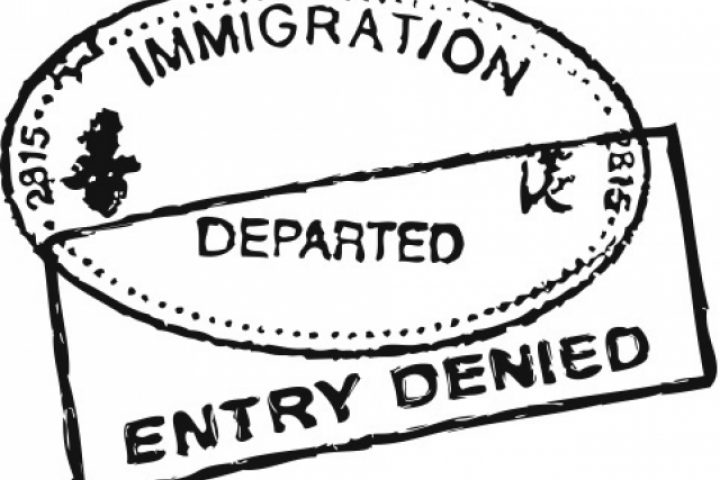 Points-Based Visas for Visiting Artists-is it working for you?