Artist Shereen Zoumot took part in Artsadmin’s BANNER programme for recent graduates. She shares the process behind making a new theatre/film project in this blog, which is part of our BANNER Showcase Week. Shereen is in conversation on Thursday 4 February with fellow BANNER artist Sinéad Hargan.

FAT|HER is a theatre/film project, weaved and created by talent based in Jordan during the era of COVID. The piece was ignited by the team’s curiosity about notions of intimacy, and how the pandemic demanded innovation in the fields of theatre and film due to restrictions on audiences’ presence in rooms where performing arts and the theatrics of human behaviour take place. The project was initiated and executed within the span of a month. Shereen Zoumot, the co-creator and lead actress in the work, is part of BANNER, Artsadmin’s scheme to support exceptional recent graduates in their first year out of formal studies. She earned her MA in Performance Making from Goldsmiths University in 2019.

Inspired by the team’s personal stories about craving and pursuing human connection in the past year, the script was written/directed by Aysha El-Shamayleh, aiming at one point: due to this year’s crisis, human growth has been explored, pushing us upon the edge of spiritual evolution, where existential questions are now worthy to be pondered, thanks to the availability of time, solitude and various degrees of distance. Conversations with the self, the world, and the divine have become more familiar to us, allowing our acts of love to be dissected. The occurrence of prayer, no matter which form one conforms to (could be just talking with oneself), is easier to recall. And here lies the beauty of humanity: that in the boredom and the limitations placed upon life, we’ve aspired to ‘create’ (or concoct) projections that meet our desires, albeit false, but which allow us to heal the parts of ourselves we never had the chance to see so clearly. These are the philosophies that FAT|HER as a film explores and expresses.

Bearing in mind the time and resource limitations of the project, producer (and supporting actress), Batoul Ibrahim, assembled a team of talent that her production company, Writer’s Cell, based in Jordan, has been following. 25-year-old sound designer Abdallah Al Dabbas composed the soundtrack for the film. Using nothing but the concept of using authentic/everyday sounds to build up to the point of turning noise into musicality, Abdallah gave himself to the labour of creating for this project early on, attending our 4-day on-location rehearsals, brainstorming ideas all the way through, serving as the sound recordist on-set, and recording with local instrumentalists in the post production process as he designed the final soundtrack. Every person on the small team tended to the creation in such ways.

Performing one of her most difficult scenes yet, Shereen Zoumut’s task as a performer and actress brought along challenges she was eager to tackle. In the third act of the film, there was a vomit and prayer scene that was demanding physically, emotionally, and spiritually. The scene was written based on honest and live conversations between the director and actress. Two days before the shoot, they both went to church. Sat on separate benches. And drank up their own fill, as to the vulnerability and fragility of that scene.

FAT|HER was made with support from BANNER, a programme co-delivered by Artsadmin, Live Art UK, Goldsmiths and Royal Conservatoire of Scotland. 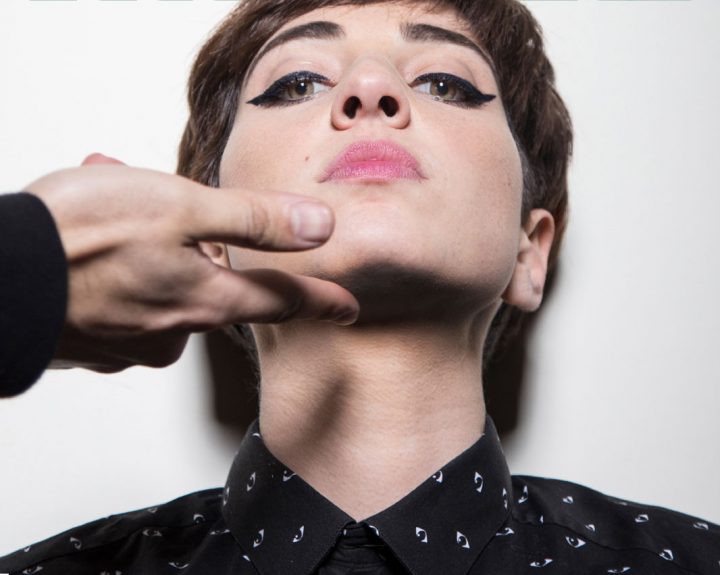 Starting Out in a Pandemic