Their performance work looks at transformations (physical, political, collaborative), gender politics and queer culture using subversive text and comedy. They have performed extensively across the UK, Germany, Australia and USA.

Krishna’s first solo show, Beast (2019), directed by Zoe Coombs Marr, explores the relationship between performance art and stand-up comedy. Their main area of investigation at the moment, looks at the use of comedy in live art practices and how laughter can be cathartic for marginalised audiences. Beast was commissioned by the city of Melbourne through Arts House, was developed through Culture Lab and is supported by Arts Council England.

Recently, they have performed in Adrienne Truscott’s Still Asking For It (The Public Theatre, New York) and Gender Euphoria (Arts Centre, Melbourne). Currently, they’re co-writing a new play with Travis Alabanza and Emma Frankland commissioned by Roundhouse (London) set to be performed by a company of young trans actors as part of the main season in 2021.

“It’s a really important time right now as a freelance artist to have institutional support and I am so honoured and grateful to be receiving the Artsadmin Bursary this year. As part of the Bursary, I will be taking time to think about what my work can look like in the next few years as I know this pandemic will greatly change and influence the creation of live performances in the future. I also want to establish and draw up plans for my solo work, as I have previously spent most of my time working in collaborations. Alongside which I will continue to research my main interest points – creating autobiographical works that don’t rely on exploiting one’s trauma as a marginalised artist, and the role comedy has in Live Art and how laughter in groups can be cathartic and healing for marginalised audiences.”
Krishna Istha 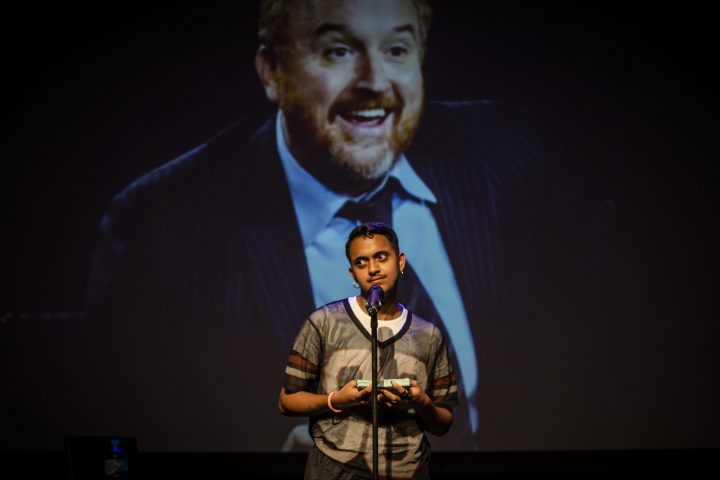