The Barometer of My Heart Report

Through visual art and performance Mark Storor’s The Barometer of My Heart explored men’s experiences of erectile dysfunction and impotence –  a subject of unspeakable sensitivity for many people. Creative workshops with men in religious, military, sports and corporate settings, and research with men attending erectile dysfunction clinics, culminated in carnivalesque, primitive and tender promenade performances at the Sir Ludwig Guttman Health & Wellbeing Centre in Stratford (London) in the autumn of 2015.

The University of Central Lancashire were commissioned to produce an evaluation report based on audience reception of an artwork which involved years of in-depth inquiry and prolonged collaboration between Mark Storor and consultant endocrinologist, Dr Leighton Seal (St George’s Hospital, Tooting).

“The Barometer of My Heart uses visual, acoustic and digital media in a performance to communicate matters that all too often have been shrouded in secrecy. It does this through a process of artistic enactment and symbolization, rather than representation – in other words it presents its audiences with forms for the inchoate and unspoken feelings that the subject arouses.”

This research report considers audience responses to the work among men, women and mixed groups, casting light on profoundly gendered reactions. It used a new group based method led by imagery and affect, called the Visual Matrix, which reaches ‘beneath the surface’ of attitude and opinion to capture emotional and aesthetic response that cannot easily be put into words. It considers the implications for art-medicine collaborations and for public health communication.

The Barometer of My Heart was funded by Wellcome Trust and supported using public funding by the National Lottery through Arts Council England. It was produced by Anna Ledgard in association with Artsadmin, and researched by Professor Lynn Froggett and Dr Julian Manley from the Psychosocial Research Unit at University of Central Lancashire. 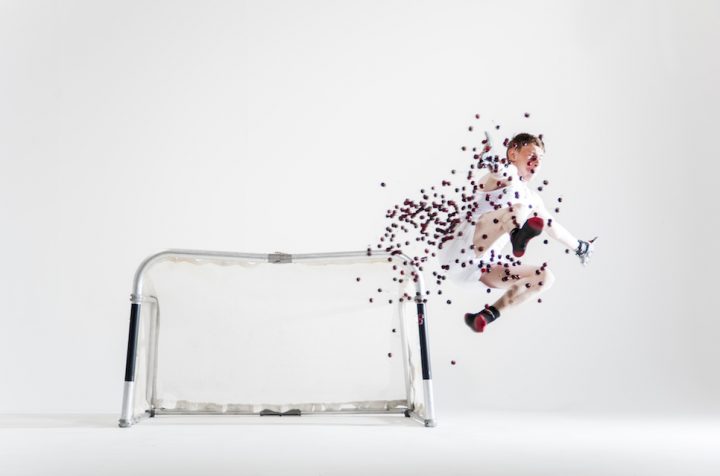 Mark Storor: The Barometer of My Heart

A shy young man, a natural goalkeeper, throws himself into the air. A man, a dad of middle…