Station House Opera’s Dominoes returned to London on 3 September 2016, for the first time since it was originally commissioned in 2009. Part of London’s Burning, a festival of arts and ideas produced by Artichoke for Great Fire 350, Dominoes traced the same path as the Great Fire, through the streets and buildings of the Square Mile, linking the past with the present in a symbolic and physical chain of cause and effect. 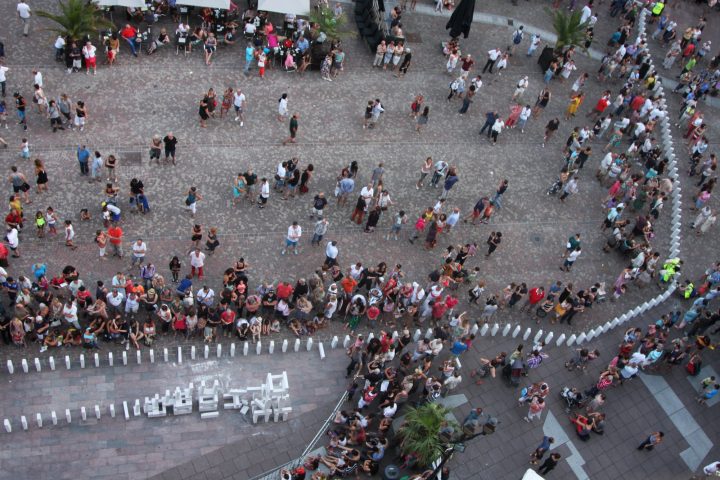