Artsadmin Associate artist Robin Deacon and and Beirut based artist Ali Cherri have recently been awarded a Visiting Arts Artist to Artist Residency. This scheme (supported by the Delfina Foundation) provides a unique opportunity to bring together pairs of artists to initiate conversations across international borders. The artists will discuss past and present works, ideas around collaboration, location and site-specificity in relation to their working environments. This conversation, which will take place through extracts of work, marks the start of Deacon and Cherri's dialogue, who both share an interest in the re-enactment and re-contextualization of other individuals’ works.
As part of their exchange a dialogue between Robin and Ali will also be hosted by Arnolfini, Bristol on Thu 11 Mar, 6.30pm
Robin Deacon is an artist, writer and filmmaker based in the UK. Working since the early 1990s, his work has included a series of performed lectures that explore journalistic and documentary approaches to arts practice. His performances and videos, which are characterised by a humorous and satirical approach to their subject matter, have been presented in the UK and internationally at venues such as; The ICA, London (1996), The Young Vic Theatre (2000), Centre for Contemporary Culture, Barcelona (2006) and Tanzquartier Wein, Vienna (2007). Recent projects include, A Portrait of Stuart Sherman (Film/Installation), Bluecoat Gallery Liverpool (2010) and Approximating the Art of Stuart Sherman (Spaghetti Spectacle), Emily Harvey Foundation Gallery, New York.
http://home.freeuk.net/robindeacon/
Ali Cherri is a graduate in Graphic Design from the American University in Beirut (2000) and completed his Masters in Performing Arts at DasArts (Amsterdam). He designed the stage set for Biokhraphia by Lina Saneh and Rabih Mroué and (2002) and collaborated with Rabih on the installation I Feel A Great Desire To Meet The Masses Once Again. He presented Give me a body then (performance, 2005) as part of Diskurs 05, Giessen, Germany and Home Works III, Beirut (2005). His work was screened as part of a Tate Modern 'In Focus', included in 'Out of Beirut', Modern Art Oxford (2006) and 'Fantasy for Allan Kaprow' at Contemporary Image Collective, Cairo, a show that paid homage to Kaprow through a series of re-interpretations. http://www.infocusdialogue.comhttps://www.artsadmin.co.uk/profiles/ali-cherri/ 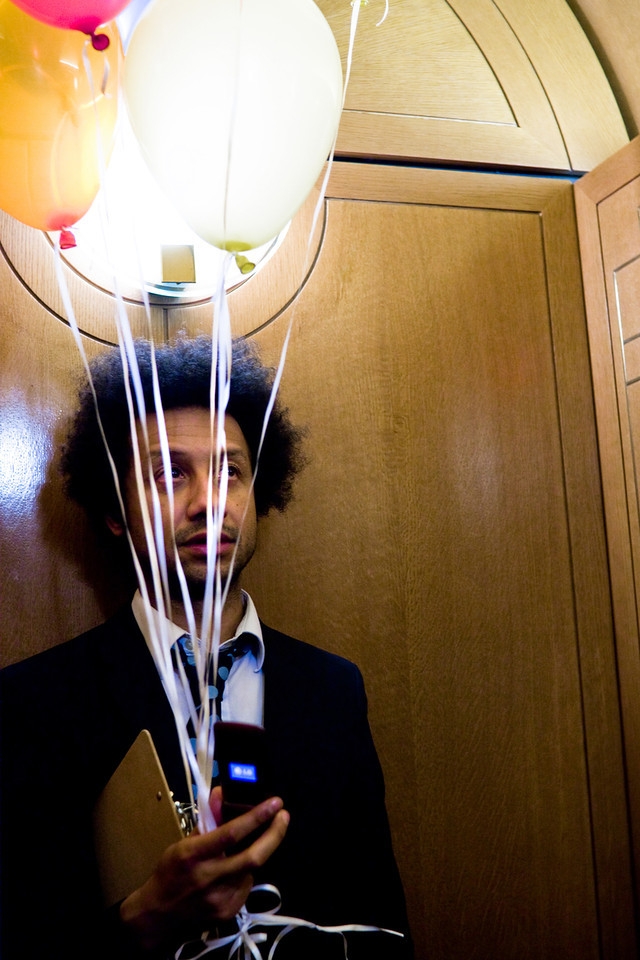 Robin Deacon is an artist, writer, film-maker and educator currently based in the USA. His interdisciplinary practice