The 2011 Summer Project series of boutique performances were captured the on film. The work was made by 10 young artists, many of whom had never created performance/live work before.

After 3 and half weeks of intense workshops, support, writing, and rehersals the group performed from midday to 10pm, a revolving combination of vignettes that captured the process of developing new performance.

Throughout the day audience members were invited to Toynbee Studio’s Theatre to experience a unique and precious series of performances for 30 minutes.

Mark Storor is working with Artsadmin for three years during which time he is developing and supporting the creation of a triptych of work entitled The Whites Of Our Eyes (2010), The Seat of Your Pants (2011) and The Skin Of Their Teeth (2012). Each year he will work with a new group of 16 – 25 year olds new to performance and live art. 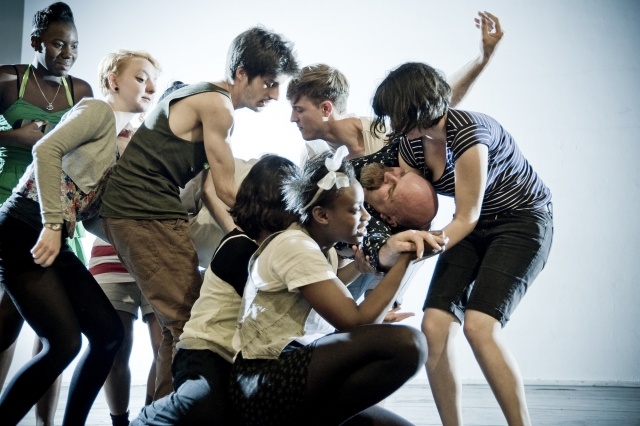