Dominoes takes as its starting point the simplest of ideas… a line of dominoes. Thousands of concrete blocks will create a vast moving sculpture through the streets, buildings and waterways of Copenhagen as Station House Opera’s celebrated Dominoes opens the Metropolis Festival / KIT (Københavns Internationale Teater).

Emerging on film in the industrial harbour of Amager, the blocks will encounter the changing architecture in the city, from the historic to the striking new buildings, to join the live run in the city centre as hundreds of volunteers help to realise the 3 km procession, cheering it along its twisting route. From Nikolaj Kunsthal to City Hall Square, 7,000 blocks will make their way in and out of buildings, monuments and hidden alleyways, followed by an audience of thousands.

Over the course of one day, Dominoes will enhance and animate the city centre, offering a beautiful and playful homage to Copenhagen.

From 4.15pm local time, it will be possible to watch this unique event online and follow it on your mobile from wherever you are in the world via the KIT website (you can like Station House Opera’s Facebook page for a reminder nearer the time).

Dominoes will be screened live via the Københavns Internationale Teater website: www.dominoes-cph.dk 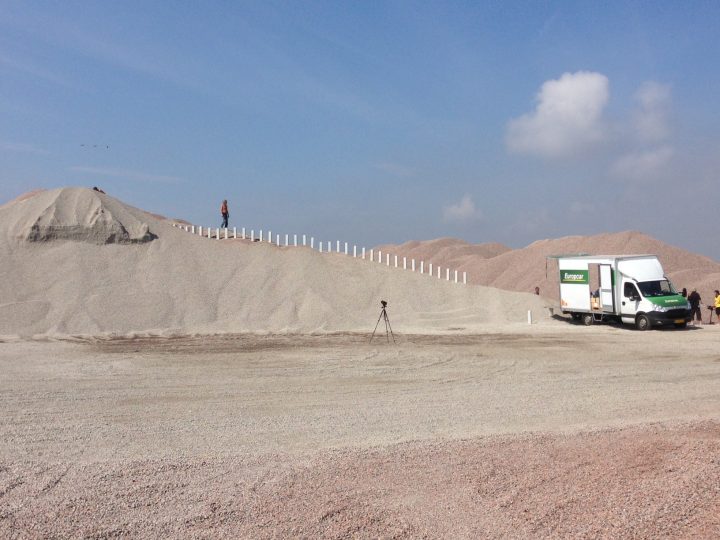 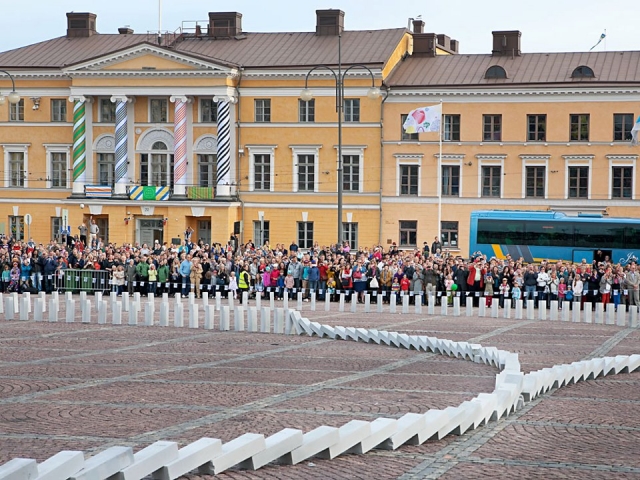